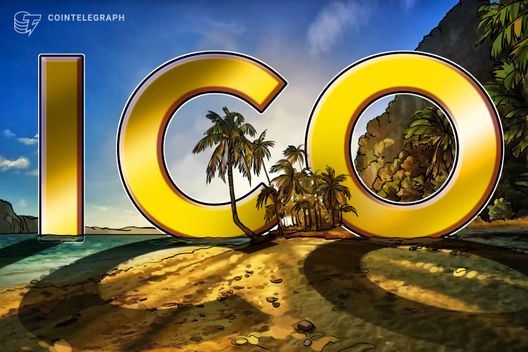 The government of Bermuda has licensed the first ICO in the country under a new regulatory regime that was introduced this summer.

The government of Bermuda has awarded the first certification for an Initial Coin Offering (ICO) under the island nation’s new regulatory regime for crypto and blockchain business, the country’s only daily newspaper, the Royal Gazette reports Oct. 18.

According to the Royal Gazette, the Minister of National Security Wayne Gaines — whose office oversees ICT policy and innovation — announced that fintech company Uulala was awarded certification by the Bermudan government today at the Bermuda Executive Forum in Miami.

In July, the Premier and Minister of Finance of Bermuda David Burt introduced new regulations on ICOs to the lower house of the country’s Parliament, the House of Assembly. The new guidelines require ICO issuers to provide detailed information about “all persons involved with the ICO.”

Issuers must also disclose a review of the project, detailing key aspects of the product or service such as the market audience, financing system, the amount of money that is planned to be raised, and technical aspects associated with software and blockchain specifications.

The Royal Gazette reports that Uulala aims to improve financial inclusion of unbanked and underbanked people by providing financial services. The firm has reportedly developed a decentralized peer-to-peer network “to load cash into the digital economy.” Once funds are deposited, users purportedly have access to a virtual MasterCard, with which they can participate in e-commerce, as well as pay bills or send cross-border payments.

The company’s CEO Oscar Garcia told the Royal Gazette that Uulala aims to raise $50 million dollars in its token sale, and has already raised $10 million privately. Garcia noted the country’s thorough regulatory standards; it reportedly took four months for the firm to get approval for its license. Despite the wait, Garcia said:

“Bermuda is known as a financial hub and it is very forward thinking on blockchain and fintech… They have a reputation of being excellent regulatory stewards and we thought that would be a better fit for us than a jurisdiction where we could say we’re good, they’d believe us and give us approval in three weeks.”

Bermuda has been cultivating a friendly regulatory environment for fintech, crypto, and blockchain-related business over the course of the past year. In addition to the aforementioned regulations, the country also began to amend the Banking Act in order to establish a new class of bank to render services to local fintech and blockchain organizations.The government has also signed memoranda of understanding (MoUs) with several blockchain and crypto-related companies to both promote the industry in Bermuda and create jobs for the local population.