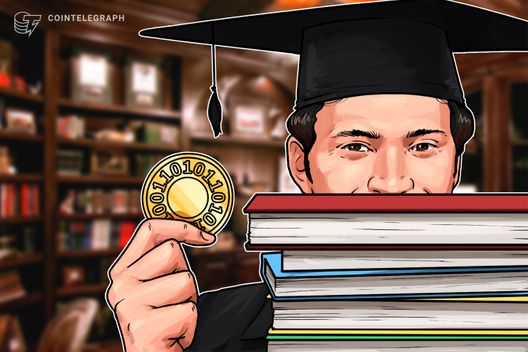 Harvard, MIT and Stanford are reportedly among several prestigious U.S. universities that have made investments into “at least” one cryptocurrency fund.

Multiple Ivy League and other prestigious U.S. universities are said to have made investments into “at least” one cryptocurrency fund. The report was published by the technology news site Information Wednesday, Oct. 10.

Citing an unnamed source, the Information reported that the multi-billion endowments of Harvard University, Stanford University, Dartmouth College, Massachusetts Institute of Technology (MIT), and the University of North Carolina had all invested capital in the crypto space. This is “a sign of the asset class’ growing acceptance among institutional investors,” the source said.

Harvard’s endowment is reported to have hit $39.2 billion during the fiscal year 2018, making it “by far the largest university endowment across the globe.” In the wealthiest U.S. college rankings for the previous fiscal year, both Stanford and MIT’s endowments scored within the top ten – fourth and sixth respectively – with Dartmouth College and the University of North Carolina also appearing in the top twenty five.

As reported last week, fellow Ivy League titan Yale has also just been revealed to be a crypto investor. The college is said to have been one of those that helped to raise $400 million for a new crypto-focused fund created by Coinbase co-founder Fred Ehrsam, former Sequoia Capital partner Matt Huang, and Charles Noyes, formerly of stalwart crypto fund Pantera Capital.

With news that the world’s leading academic players are backing the emerging asset class, a host of top international universities have also been contributing to skill acquisition in the space by offering blockchain, smart contract, and cryptocurrency-related courses. Institutions such as Cambridge University have conducted substantial research into the crypto-finance field, and Swiss university Lucerne even accepts Bitcoin payments for tuition fees.