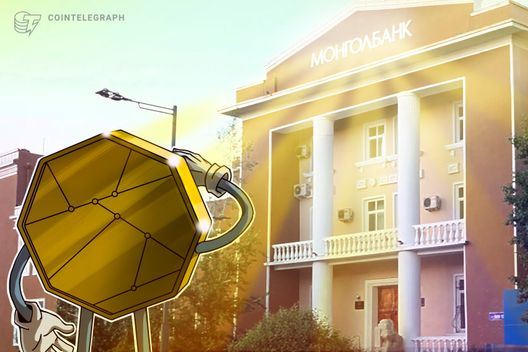 A Mongolian telecoms company will issue its own digital currency after getting formal approval from the central bank.

Mongolia’s largest mobile telecoms operator has become the country’s first licensed entity to issue its own digital currency. This is according to a report by the official state media outlet Montsame Friday, September 28.

Mobicom’s financial arm Mobifinance is now clear to issue the e-currency, dubbed “Candy,” to investors, Montsame confirms. The executives have received formal permission at a ceremonial event at the Bank of Mongolia’s headquarters Friday.

Commenting on the achievement, which comes around five months after the central bank approved formal digital currency regulation, Mobicom CEO Tatsuya Hamada appeared highly bullish on the phenomenon’s future role in the economy.

“As digital currencies have begun to circulate, ATMs and cards will become a thing of the past as well,” Montsame quotes him as saying.

According to the plans for digital currency put forward by the central bank in April, “regulation defines who will participate in digital currency system and how, process of getting permission, rights and duties of customers and service providers.”

“It also expected to support further development of FinTech technology and payment system,” Montsame stated at the time.

Candy already exists as an entire ecosystem for Mongolian consumers, who can use the digital currency to pay for various goods and services with a range of businesses.