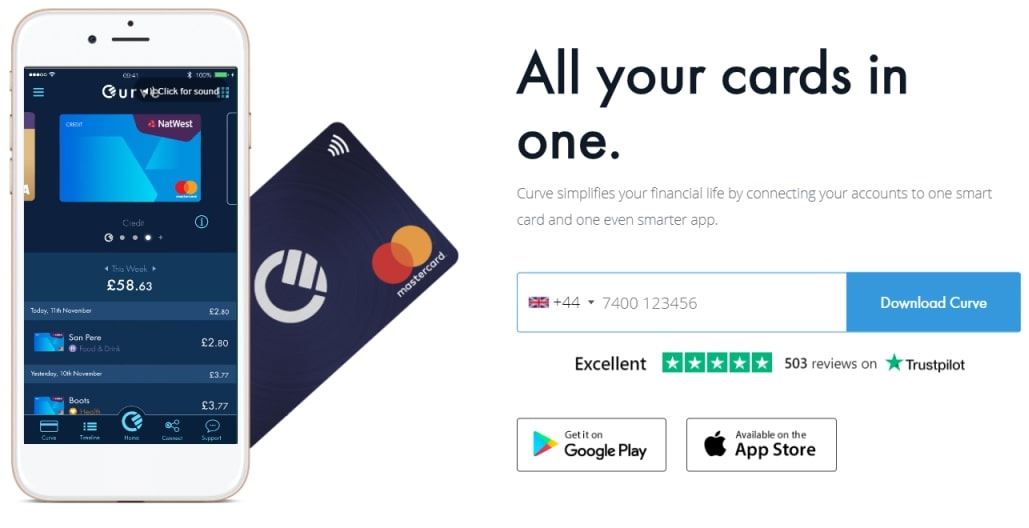 One card to rule them all: the mantra rings throughout the payments realm, and smacks of some sorcery and swashbuckling movies one may remember. Like a scene out of a Tolkien movie, though, the lure of that mantra has left a lot of bodies in its wake, where peril outweighed promise, where startups burned through cash.

Plastic. Batteries. Clunky ways to bring all-in-one to the masses, as Karen Webster noted in an interview with Curve’s CEO Shachar Bialick. As the executive agreed, previous iterations missed the mark.

However, he contended that Curve — a British startup that, one may recall, came to market this year with its own offering that lets users consolidate a range of cards into a single Curve card — is a breed apart.

Comparing Curve, he said, to the Coins of the world “is like comparing handkerchiefs to antibiotics.” The analogy, he noted, speaks to a problem afoot that bedevils consumers — a symptom that speaks to a larger condition.

Having multiple cards is a side effect (a “runny nose” in his words) of living in a world where consumers segment their buying habits, juggle rewards and take on cards as life progresses. As we get older, of course, we take on any number of ways to pay, from debit PayPal to credit, to … more credit. “Before you know it, you have 10 to 15 different financial products and services,” he said, adding that “the world of money is very fragmented.”

Thus, to treat that financial equivalent of a runny nose, the choice of handkerchief or antibiotics remains — one more effective than the other.

Taking another tack, he explained that in any number of verticals, there has been a movement from bundling to unbundling, right back to bundling again. A single product or service gives way to multiple (fragmented) iterations, which then gives way to a re-bundling of choices, marked by on-demand, tailored and controlled experiences beloved by the consumer. Music is a prime example: moving from albums and CDs to fragmented file sharing, to streaming services that offer everything on demand and à la carte (such as Spotify).

For banking, specifically mobile banking and cards, the same progression may be in effect, he surmised to Webster. It has happened in activities as far-flung as travel, in commerce with Amazon and in information flows via Google.

“In order to solve the problem with money, we have to bundle it back together again,” he said, noting that the firm seeks to bridge a gap that predecessors like Plastc could not by building a mobile wallet with a tangible card.

As noted in this space back in January, Curve seeks to let users control all of their financial accounts through its app, keeping access and information in a centralized location, consolidated across debit and credit. The tangible Curve card (which runs on Mastercard rails) is a physical plastic intermediary to a host of financial products, he said — likened at a few points in the conversation with Webster to Apple Pay. However, instead of access via an app on a phone, it comes via a piece of Mastercard-branded plastic that can be dipped at a terminal in the physical store.

In addition to not needing a battery or toggle feature to punch up the desired card for a particular merchant, a differentiating factor is the “back in time” feature, which lets users go back and reallocate how they made their purchases, changing the card they used up to two weeks after the transaction. They also capitalize on another perk of capturing the loyalty or rewards points without having to return and repurchase an item to do the same.

The switching works well and without any economic impact to the merchant because of two words: interchange caps. In Europe, where the company has taken its product to market, Curve takes on that risk as the intermediary if a consumer switches a $25 debit transaction to a $25 credit. The difference is about 10 basis points, chump change to Curve. In addition, Curve is betting the services and options “wrapped” around the card/wallet structure outweigh any such impacts, and that it can make the profit curve sing.

Services also allow for consumers to turn higher-ticket purchases into installment plans. Bialick acknowledged that giving issuers the chance to gain an interchange advantage on such installments, except from fee caps, is an attractive proposition that may boost issuer, merchant and consumer interest. Though Bialick was tight-lipped on details, Mastercard was piloting point-of-sale (POS) installment options in Europe two years ago.

The app is free. However, for an additional £50 ($65.88 USD), a premium service exists. As for the insight Curve gleans — and the consumers glean, too — from having access to consolidated data and a smart platform: “Banks love it because they can push products and services they couldn’t have dreamt of before, very plainly and in the context of the user.”

Think, then, of a user who does not have an Amex card yet. Here, based on spending habits and purchase history, an offer can materialize for an Amex card. Should the user opt in, the Amex card is instantly added to the options linked to the Curve card and provisioned.

Like most other payment intermediaries, Bialick said that, upon installing the app, users add their cards, which are then linked to the Curve card. A default card is registered to the app and charged as the payment method when a purchase is made, which can be changed.

The model is such that retention rates are above 70 percent, said the CEO, with more than 300,000 users.

In more recent iterations, announced earlier this month, the company introduced what it calls a real exchange rate for transactions between currencies, geared toward consumers making purchases abroad, with “zero FX” fees levied on top of exchange rates. It should be noted that, depending on the Curve card used (tiered between, say Blue card and Black card users), there are caps in place that dictate how much can be spent abroad per month, after which fees do kick in.

The all-in-one proposition has its sights set beyond Europe, the CEO noted, though the firm is initially focusing on the U.K., with an eye on branching out into the continent over the near term.

Bialick believes that in the next 18 months, Curve will start to eye other markets. Among those markets is Asia, where there is likely to be attraction to an all-in-one offering when one considers the myriad of payment schemes and wallets that are on offer in the region.

“We’ve taken the old humble bank card,” Bialick said of Curve’s rearview mirror and forward focus, “and we have innovated that.”