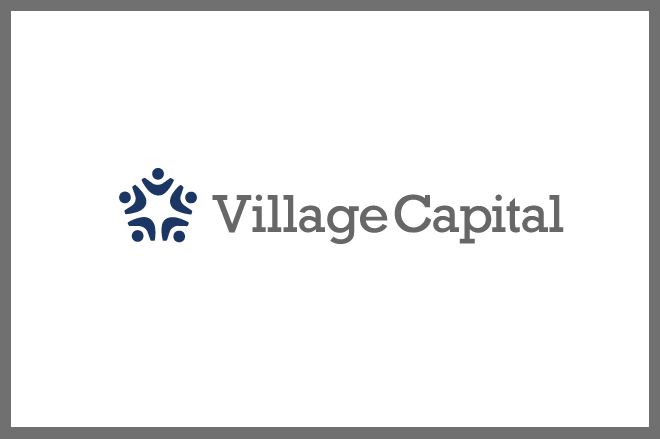 These days, it is fair to say that data makes the world go ’round. Every day, 2.5 quintillion bytes of raw data are produced worldwide, and harnessing the power of that data has built better transportation systems, real estate markets, retail experiences, payment options, banking interactions and security systems, just to name a few.

When venture development organization Village Capital and PayPal look at the ever-expanding troves of data out there (financial data in particular), they see a special potential. All those financial data streams, according to Village Capital’s Managing Director Allie Burns, look an awful lot like the next great tool to be enlisted in the fight to expand financial inclusion in the U.S. and around the world.

That mutual interest in using data to build a more inclusive world is how the two firms first came to work together in March of 2016, to develop a program to recruit, train and mentor early-stage, up-and-coming FinTech startups that use data to solve access problems across a variety of categories. The partnership has recently selected its latest cohort of 12 FinTech startup — all Pre-Series A, but “along a spectrum” when it comes to where they are in the corporate journey.

Two issues, she noted, that are not mutually exclusive.

Sean Milliken, head of global social innovation of PayPal, who joined the discussion, noted that the range of products being developed by these latest 12 firms — as well as other cohorts of innovators that PayPal and Village Capital are working with on global projects — all, in some way, track toward PayPal’s long-term and central goal: the democratization of financial services for customers, businesses and nonprofits around the world.

“We want to build a world with full financial participation, and [where] everyone has access to tools for building financial health, but we are well aware we can’t do it alone,” he noted.

By partnering with Village Capital, and mentoring the next generation of FinTech firms fighting for inclusion by leveraging the data, he noted, they can move the ball down the field faster when it comes to inclusion. That includes making sure more firms focused on solving the many issues can get out of debt, grow to scale and get their services into the hands of those who need them.

The 12 startups in the latest class working through the three-month development program in the U.S. — BrightHive, Distilled Analytics, Distributed ID, DocumentationHQ, Elsen, Fincura, Global Data Consortium, Intrinio, LionX, Mira Financial, Pairity and Treasure — are a mixed group. Most hail from the U.S., but two are from the outside (Ireland and Canada). Some, according to Burns, are in fairly early conceptual days, though all have a product developed, and a few have clients and active revenue streams.

What holds the cohort of firms together, according to Milliken and Burns, is a recurring commitment to solve the problem they’ve entered the market to target and a commitment to dig around in piles of raw data with advanced artificial intelligence (AI) and machine learning (ML). However, how they do that, Burns noted, varies quite widely within the program.

Just as the firms are diverse, a totally expected problem arises, given the diversity of issues that exist for consumers and businesses, according to Milliken.

“The challenges aren’t all about one thing,” he said. “The reality is there is no one silver bullet that can fix them all. We have to take a collaborative approach to new innovations, and probably take a multifaceted approach to each individual challenge.”

Instead of trying to build one perfect solution, Burns and Milliken noted, the program is working to integrate these startups into investor and mentorships networks so that many good solutions, well-suited to meeting the myriad of problems out there, can get into the market faster. To that end, the 12 firms recently accepted into the U.S. program are now in the midst of a three-month process to develop their concepts, with the help of investors, regulators and experts. Taking part will entail three week-long, in-person sessions in New York, San Francisco and Washington D.C., with various virtual encounters and assignments interspersed throughout the course.

The obvious power of the program is giving the firms involved access to Village Concepts’ extensive networks in investing, financial services and government, Burns noted. Innovators meet one-on-one with the investors, regulators and experts.

That mentorship and development phase is where PayPal comes in, Milliken noted, as it does not have any involvement in selecting the firms. Its offerings in the context of this program are specific to each firm, but mentoring and offering the insights to their product and engineering specialists are usually important, as is guidance on how to build efforts to scale.

“I think it is also important to remind them they are not the first business to hit challenges and roadblocks, and that overcoming that is about having a network of people they can call upon as they face that resistance and challenges,” he said.

The program, Burns noted, is also highly focused on the participants working with each other.

“That is actually a very popular part of the program,” she told Webster. “Past participants have been really blown away by what they learned from each other. They find the time together really useful.”

Ultimately, that peer review process determines who comes out of the program with funds in hand. Unlike similar development programs, Burns noted, the two firms that will emerge with some early funding are chosen by the participants in the program itself.

Starting any business is laden with difficulties, Milliken noted, and any innovator that steps up to the plate, identifies an opportunity to solve a problem, then goes after it, deserves credit for bravery — because it’s hard work no matter what business one enters.

That work, Burns and Milliken agreed, is much more difficult when that innovation is in payments, where compliance rules are complicated, where regulators cannot ever be shrugged off and where things are often much harder than they seem looking from the outside. Any number of firms that thought payments would be easy to jump into didn’t live to tell the tale about why that was not correct. That’s why, Burns noted, they always encourage the cohort to start talking to regulators early on and often about what they are doing — and why. It’s also why the first leg of the physical part of the program is in D.C.

Milliken noted that Village Capital does a solid job of recruiting firms that have some idea of what they are doing when it comes to payments and the changes they are looking to make.

“And that is not always the case. I have seen a lot of firms [go] into starting a business blindly and only thinking about the basic opportunity. This group has a lot of experience in the industries they are working in,” he said.

Plus, these days, as data privacy and security are major and far-from-comfortably-settled issues between businesses and regulators, these new up-and-coming players are entering an especially challenging environment.

Burns noted that a lot of the experience of being in the development program, and working with these expanded networks, helps firms become clearer on the upcoming challenge and develop their models to address it. Some firms, she said, come out of the program realizing they aren’t really looking yet, that they are invested in pivoting their business and redeveloping around their “most scalable ideas.”

“And we see those pivots as a good thing, [as well as] stronger and more useful products being developed out of the program as a result,” she said.