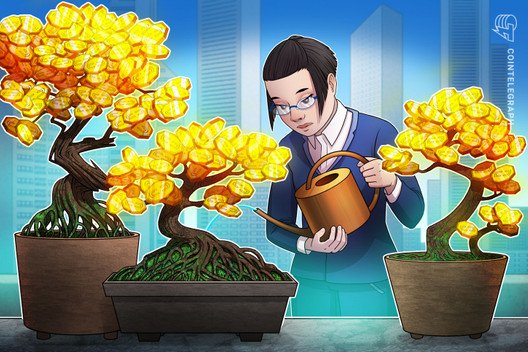 Grayscale Investments has been gobbling up Bitcoin in recent months, and most of its investors are institutions — but other funds are doing it, too.

While the theater world has Waiting for Godot, the crypto sphere has its own drama: Waiting for the Institutional Investor. Recently, there have been some promising sightings. Grayscale Investments has been buying up Bitcoin (BTC) at a great rate in recent months.

Indeed, since the May 11–12 rewards halving event, the fund has been accumulating BTC at a rate equivalent to 150% of all the new Bitcoin mined, Cointelegraph reported on Thursday. The firm now has $3.2 billion in assets under management, or AUM, in its Grayscale Bitcoin Trust. Significantly, more than 90% of new inflows are from institutional players, according to the company.

Grayscale may not be alone in attracting institutional attention. Eric Ervin, the president and CEO of Blockforce Capital, an asset management firm that operates in the crypto space, told Cointelegraph: “We are seeing more institutional interest. I think this would be true regardless of the halving or the QE taking place, even more so given the unprecedented fiscal and monetary global stimulus.”

Lennard Neo, the head of research at Stack Funds, told Cointelegraph that institutional investors have been looking for alternative solutions not just to provide returns but also to protect their existing portfolio from further downside risks, explaining:

“Similar to Grayscale, Stack has seen an uptick in investors’ interest — almost double that figures of pre-crash in March — in Bitcoin […] I would not say they are ‘gobbling up BTC’ blindly but cautiously seeking traditional structured solutions that they are familiar with before making an investment.”

Paul Cappelli, a portfolio manager at Galaxy Fund Management, told Cointelegraph: “We’re seeing increased interest from multiple levels of investors — wealth channels, independent RIAs and institutions.” The recent BTC halving came at an interesting time — amid the COVID-19 outbreak and the growing unease about quantitative easing. He noted: “It clearly demonstrated BTC’s scarcity and future supply reduction as concerns deepened around unprecedented stimulus by the Fed with the CARES Act.”

Not all are knocking at Bitcoin’s door, though. In a May 27 presentation to investors, Goldman Sachs, the storied investment bank, listed five reasons why cryptocurrencies are not an asset class, which included Bitcoin, noting: “While hedge funds may find trading cryptocurrencies appealing because of their high volatility, that allure does not constitute a viable investment rationale.”

Crypto’s denizens reacted combatively. Referencing the quality of Goldman Sachs’ recent Bitcoin research, Gemini’s Tyler Winklevoss declared in a tweet: “Today, Wall Street is where you end up when you can’t make it in crypto” — and he followed up on May 28 with: “Day after Goldman Sachs says don’t buy bitcoin, bitcoin is up +$500.” Mati Greenspan of Quantum Economics wrote in his May 27 newsletter: “Regardless of what Goldman Sachs sell-side analysts have to say, it’s quite clear that institutional interest has been picking up lately.”

On the matter of investment suitability, a recent Bitwise Asset Management research report made the case for adding Bitcoin to a diversified portfolio of stocks and bonds, noting that on average, “a 2.5% allocation to bitcoin would have boosted the three-year cumulative return of a traditional 60% equity/40% bond portfolio by an astonishing 15.9 percentage points.”

In the roughly two-week period since the BTC rewards halving, which reduced miners’ block reward from 12.5 BTC to 6.25 BTC, 12,337 Bitcoin were mined as reported by researcher Kevin Rooke on May 27. During that same period, Grayscale’s Bitcoin Trust purchased 18,910 Bitcoin — about 1.5 BTC for every Bitcoin created. This has raised some questions about the overall BTC supply.

Binance CEO Changpeng Zhao commented on Rooke’s findings in a tweet: “There isn’t enough new supply to go around, even for just one guy [i.e., Grayscale].” Greenspan, for his part, told Cointelegraph: “It seems like institutional players are gradually becoming a much larger part of this small market.” Might they overwhelm the market? “Whales have always been an issue,” he opined.

As noted, Grayscale Investments reported $3.2 billion in AUM in late May. To put this in context, the total AUM of crypto hedge funds globally increased to over $2 billion in 2019 from $1 billion the previous year, according to the 2020 PricewaterhouseCoopers–Elwood Crypto Hedge Fund Report. Most crypto hedge funds trade Bitcoin (97%), followed by Ethereum (67%), with the vast majority of investors in crypto hedge funds (90%) being either family offices (48%) or high-net-worth individuals (42%). 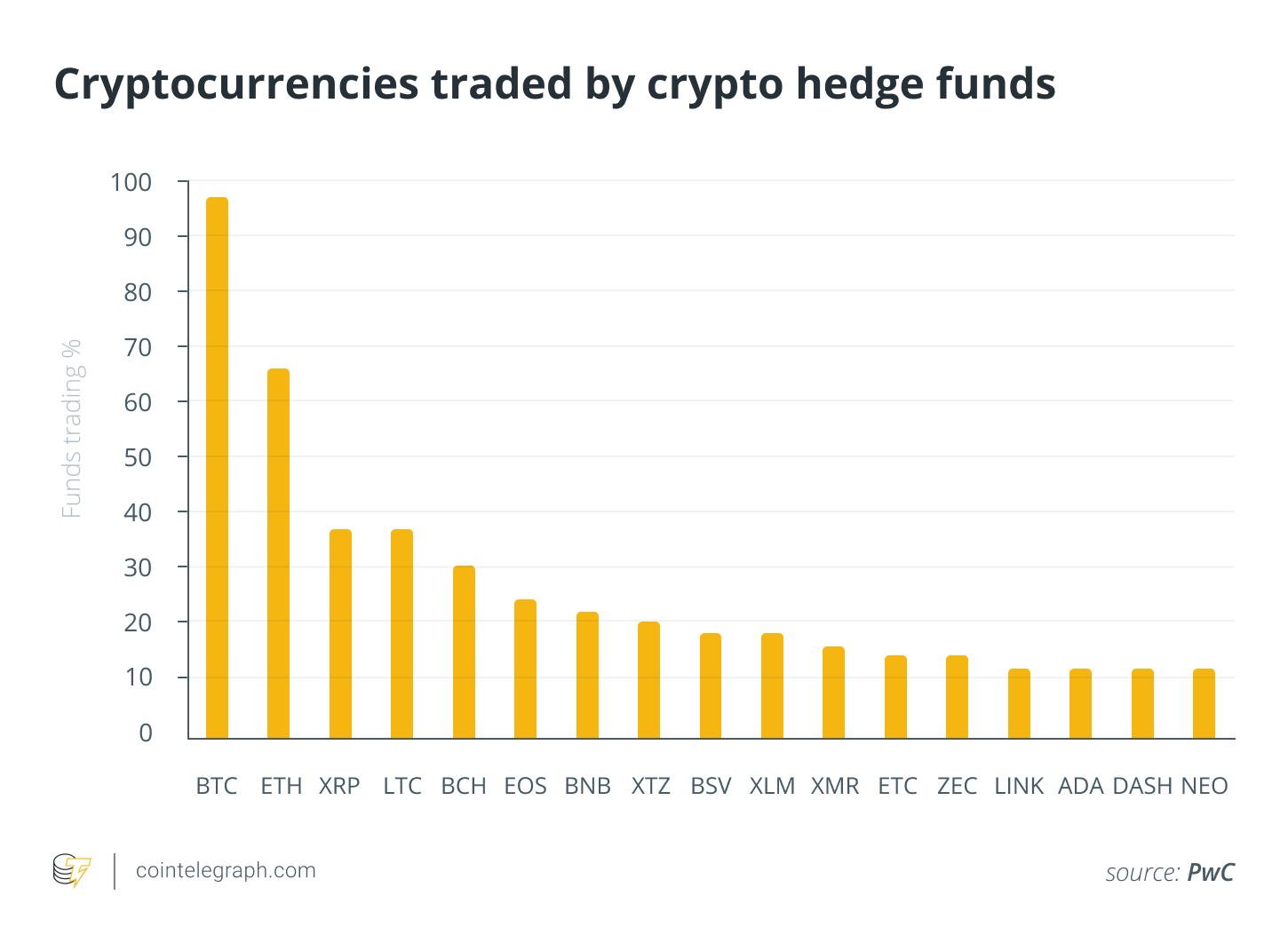 This is an imperfect comparison, though, because the PwC–Elwood report only tracked hedge funds and excluded crypto index funds — including passive/tracker funds like Grayscale’s, which basically track the price of BTC. As PwC’s Global Crypto Leader Henri Arslanian told Cointelegraph, it “goes up or down solely based on the price of BTC and not due to the skills or activities of the fund manager.” It also excluded crypto venture capital funds that make equity investments in crypto firms. Still, the comparison suggests something of the magnitude of Grayscale’s BTC commitment.

When contacted by the Cointelegraph, Grayscale Investments declined to provide any specific details about its recent BTC buying spree, or why other institutional investors might be snapping up BTC. “We’re not going to talk about momentum following the halving until mid-July when we’ll publish our Q2 numbers,” a spokesperson said.

But Michael Sonnenshein, the managing director of Grayscale Investments, told Cointelegraph that investors have typically tried to shield their portfolios from market shocks or during times of uncertainty with fiat currencies, government bonds and gold:

“All three are facing issues this time around. Bitcoin has emerged as an alternative hedge, operating independently of the dramatic monetary policies enacted by central banks.”

The halving is the most dramatic and immediate recent BTC event, but industry sources mostly cited other reasons for the recent institutional attentiveness. Stimulus packages, like the $3-trillion coronavirus relief package passed by the United States House of Representatives on May 15 — and attendant fear of inflation — is chief among their concerns. David Lawant, a research analyst at Bitwise Asset Management, told Cointelegraph:

“In our view, institutional interest was on the rise since the beginning of the year, but it really took off after the unprecedented government response to the COVID-19 crisis.”

Neo cited rising geopolitical tensions, like those between the U.S. and China, which have put “further stress on an already weakened economy, and in turn, increased Bitcoin’s appeal.” Arslanian told Cointelegraph:

“We are continuing to see increased interest from institutional investors. But more than the halving, it’s the availability of institutional-grade offerings, from regulated crypto funds products to regulated custody and many offerings that are making this possible.”

The participation of hedge fund icons like Paul Tudor Jones has to be factored in as well. Jones’ recent letter “making the case for Bitcoin as his preferred hedge against what he calls ‘the great monetary inflation’ has significantly reduced career risk for many of his peers considering an allocation to Bitcoin,” Lawant told Cointelegraph. In a May investment report, Cappelli wrote:

“Not only has institutional infrastructure progressed, but as the world changes important players are entering the space. The most successful hedge fund of all time, Renaissance Technologies, recently announced their intention to trade bitcoin futures.”

Lawant believes that: “In the lenses of mainstream investors, I think that 2020 is the year in which Bitcoin moved from being a venture capital bet to a macro hedge.”

What’s more, the halving event had some impact, too, as Arslanian believes that more attention has been brought to how Bitcoin works, adding: “The fact that this happened as the world is going through record quantitative easing from central banks also brought attention on how money is created and the role that it plays in society.” People who were otherwise ignoring this asset class are now starting to take notice, added Ervin. He continued:

“Like any disruptive technology or asset class, first the explorers and pioneers, then slowly more people enter, before finally the technology ‘crosses the chasm’ and reaches mainstream adoption and investment. I would say we are in the very early days.”

To summarize, global unemployment has been soaring, and economic stimulus is clearly on the minds of governments and central banks. The European Commission’s recently proposed $826-billion virus recovery plan was just the latest instance. Quantitative easing may be necessary under these unique circumstances, but it set off inflation alarm bells among some institutional investors.

Related: Crypto and Fiat Currencies Are Worlds Apart, Here Are the Reasons Why

The halving event may not have persuaded financial institutions to invest in Bitcoin, but it did remind them, once again, that BTC, unlike fiat currencies, has a fixed supply (21 million BTC). Given the world’s inflation anxieties, is it surprising that institutional players might throw some hedge fund money Bitcoin’s way?