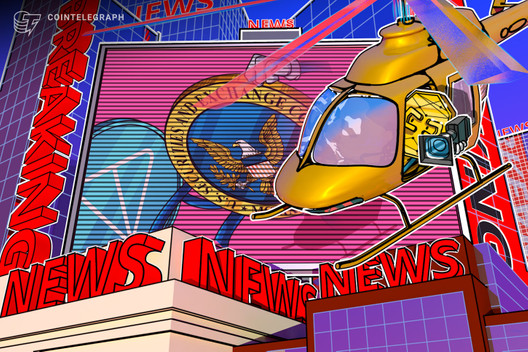 The SEC has been granted an injunction to prevent the distribution of Grams with the U.S. court saying that there would be a “near certain risk of a future harm.”

A United States District Court has granted an injunction against Telegram, preventing the company from issuing its GRAM tokens at the present time.

Court says that GRAMS are securities under Howey test

Per a March 24 filing granting the Securities and Exchange Commission’s request for a preliminary injunction, the Court wrote that:

“The Court finds that the SEC has shown a substantial likelihood of success in proving that  the contracts and understandings at issue, including the sale of 2.9 billion Grams to 175 purchasers in exchange for $1.7 billion, are part of a larger scheme to distribute those Grams into  a secondary public market, which would be supported by Telegram’s ongoing efforts. Considering the economic realities under the Howey test, the Court finds that, in the context of that scheme, the resale of Grams into the secondary public market would be an integral part of the sale of securities without a required registration statement.”

The SEC and Telegram: A Hate Story

The Telegram court case has been ongoing since October last year, following the 2018 initial coin offering (ICO) for the Telegram Open Network (TON).

As with many ICOs, the SEC has taken the stance that under the 1934 Howey Test, such offerings constitute the sale of unregistered securities.

Telegram had held that since it filed a Form D 506(c) Notice of Exempt Offering of Securities prior to the first round of its offering, it was authorized to sell tokens to accredited investors.

However, the Court noted in granting the injunction that since Telegram intended for the Gram tokens to reach the secondary market, disqualifying them from exemption:

“Telegram’s sale of Grams to the Initial Purchasers, who will  function as statutory underwriters, is the first step in an ongoing public distribution of securities and, as such, Telegram cannot receive the benefit of an exemption from the registration requirement under either section 4(a) or Rule 506(c).”

In a sentence that may deliver a blow to many issuers of tokens through the ICO model, the Court rejected Telegram’s argument that the Gram would become a commodity once actualized and therefore fell outside the purview of the SEC.

“The Court rejects Telegram’s characterization of the purported security in this case. While helpful as a shorthand reference, the security in this case is not simply the Gram, which is little more than alphanumeric cryptographic sequence. Howey refers to an investment contract… that consists of the full set of contracts, expectations, and understandings centered on the sales and distribution of the Gram. Howey requires an examination of the entirety of the parties’ understandings and expectations.”

Concluding that the court must stop the delivery of GRAM tokens, the filing reads:

This is a breaking story and will be updated.