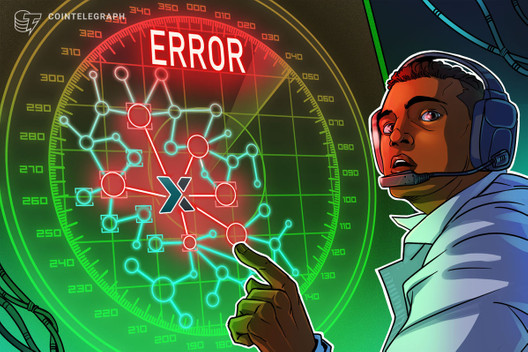 Cryptocurrency exchange Poloniex confirms that no users lost funds or holdings after a bug forced the platform to reverse trades on Feb. 12.

Cryptocurrency exchange Poloniex remains confident that it has identified and fixed an error that caused a number of erroneous trades on the platform earlier this week. On Feb. 12, Poloniex made a decision to reverse all trades that took place during an 11-minute period due to a software error. The bug caused trades to be executed and accounted for inaccurately.

The platform’s automated audit system picked up the affected trades and halted all withdrawals. Following that, the Poloniex team effectively reversed every trade that had been executed as a result of the bug.

The main reason for the reversal, which copped criticism from all corners of the cryptocurrency community, was due to the sheer number of trades that were affected by the software error. Cointelegraph reached out to Poloniex for an official comment on the situation as well as the users to find out how they were affected.

Arianne Daniel, a product marketing manager at Poloniex, told Cointelegraph that the exchange was able to identify and correct the issue that had caused the error once the platform had shut down for maintenance. While all the trades during the affected period were completely reversed, Daniel explained that none of the affected traders lost any funds or holdings:

“No customers lost funds as a result of the error. As the error only occurred for customers who placed or executed an order with a clientorderid set during the 11 minutes before we placed our site into maintenance mode, only a very small percentage of our daily active traders were affected by the issue.”

The exchange maintains that it had explored all possible options to rectify the trading errors caused by the bug, and it had to turn to a “last resort” by reversing trades. According to Daniel:

“We understand how serious it is to reverse trades and view it as a last resort. Unfortunately, we had to turn to this for the first time, as the error affected too many trades to correct manually.”

It is difficult to ascertain what the best course of action would have been in a scenario like this in comparison with other cryptocurrencies exchanges. Poloniex deemed the reversal to be the most appropriate course, and Daniel says Poloniex’s existing security systems served its purpose:

“Our priority is to safeguard customers’ funds and provide the best experience possible. We have many best practices in place to act on this priority, including the audit that identified the issue and automatically froze withdrawals within two minutes of its beginning.”

This type of scenario is almost unheard of in conventional trading circles, and the cryptocurrency space is no different. Nevertheless, Poloniex appeared to act both swiftly and openly in the course of action it chose to take. Investment specialist and market analyst Mati Greenspan told Cointelegraph that the circumstances of the event seem to have necessitated Poloniex’s actions:

“It’s certainly unconventional. I’ve never seen a platform have to resort to reversing trades before, and this definitely speaks to the severity of the error.”

The reversal of trades may have seemed to be an unorthodox solution to the error on Poloniex’s platform, but Greenspan played down the talk of the move setting a dangerous precedent for other trading platforms to follow, saying: “It seems like this was a difficult decision for Poloniex to take, and I applaud them for their transparency in the way they resolved the issue.”

Greenspan believes that complex technical errors need to be met with forward-thinking solutions. With that in mind, the analyst believes that any solution that serves the best interests of clients is difficult to criticize:

“In the technical world that we live in and specifically in the field of online trading, things happen. Bugs and errors are a fact of life and oftentimes, trades can be affected. The difference between good platforms and bad ones is the way that they handle it.”

In October 2019, Poloniex broke away from mobile payment giant Circle in order to better serve a global user base of traders. Circle had bought Poloniex for $400 million in February 2018.