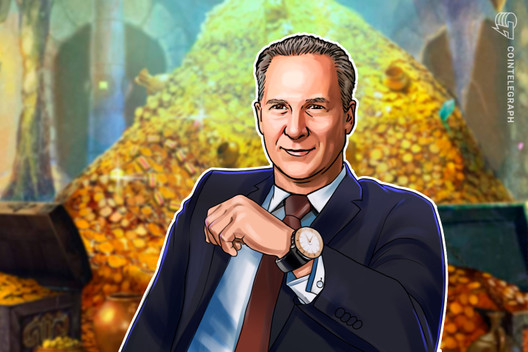 Fresh from his dubious week in the spotlight after claiming to “lose” his BTC holdings, Schiff is still saying Bitcoin investors are blind to gold’s benefits.

Bitcoin (BTC) skeptic and gold bug Peter Schiff is unwittingly advertising the cryptocurrency’s virtues over other investments, says the CEO of exchange Binance.

In a tweet on Jan. 25, Changpeng Zhao (known as “CZ” in crypto circles) argued Schiff was failing in sewing distrust of Bitcoin among social media followers and beyond.

“I think Peter is doing great to promote bitcoin. He probably does not realize that given his illogical reasoning, most people will do exactly opposite of what he says,” he wrote.

“We need more of these types of ‘negative’ voices.”

The Euro Pacific Capital hedge fund manager was already somewhat notorious for his posts attacking Bitcoin which claim gold to be superior.

Last week, however, Schiff was already undermining his credentials after blaming wallet provider Blockchain for “losing” his Bitcoin holdings worth 0.21 BTC ($1,750) he received in the form of donations in 2019. In the event, Schiff had simply confused his pin with his password.

Nonetheless, he continued to allege that Bitcoin investors were the true ignorant party for choosing cryptocurrency over the precious metal.

“But those Bitcoin bugs still don’t know… the difference between #Bitcoin and #gold.”

CZ’s tone meanwhile resonated with other evidence of Schiff’s track record which emerged as part of the Blockchain fallout.

Currently doing the rounds on Twitter is a selection of client reviews for Euro Pacific Capital, many of which claim Schiff failed to react to market movements and lost them money.

As Cointelegraph reported, gold itself has failed to deliver for investors in 2020 already, firmly flagging while Bitcoin boomed.