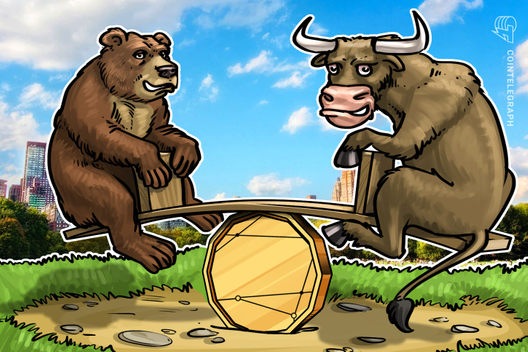 While the latest drop in Bitcoin price below $9,000 should not be a cause for concern when zoomed out, certain key levels must hold to renew bullish sentiment.

The correction came after one of the biggest surges in the history of Bitcoin (BTC), which makes the sentiment shift curious. Let’s take a look at the market overview and analyze the charts.

The recent correction made Bitcoin price lose the 200-Day Moving Average (MA), which is a key indicator for many traders and investors who rely on it to determine bear/bull market cycles.

Remarkably, the price surged above the 200-Day MA, hovered below the resistance at $9,400-9,600 and retraced back down to the next horizontal support level at $8,600-8,800, which is also the 200-Day Exponential Moving Average (EMA), another narrative and indicator.

At this level, the price is seemingly finding support, at least for the time being.

However, the 200-Day MA was lost by this correction, causing the sentiment to shift from greed to fear. The reasoning for this comes from historical data, which shows that Bitcoin never dropped below this indicator in recent market cycles (example: 2016 to December 2017).

Of course, as the famous saying goes: Past performance is no guarantee of future results.

The indicators are still forming if this is the beginning of a new bull market cycle. In other words, the price still has to find support on EMAs/MAs, which can then become leading indicators.

Previous examples of comparisons with earlier market cycles didn’t hold up either, which were the 21-Week MA and the maximum correction of 40% that Bitcoin has seen in any bull market (the recent drawdown was 47%).

From that perspective, analyzing the macro view is definitely more helpful instead of drawing comparisons to historical movements, especially on shorter timeframes.

As seen in the chart, the price moved towards important horizontal support and one of the few areas that must hold to sustain a bull market.

The price has been moving in a downward channel since the top in June, which means that the price is bearish in the near-term, though the price of Bitcoin is still up 187% since December 2018.

It is essential that one of these green zones around $8,600-8,800 holds as support. Though a wick towards $8,300 can still occur as a backtest of that support level. Dropping below this mark, on the other hand, would cause the price to lose the trendline and likely result in a new low under $7,300.

But if Bitcoin manages to hold these levels, a support/resistance flip will come into play and a bullish breakout in December may occur. The target to aim for then is $10,800.

The total market capitalization still shows bottom signals displaying the first bullish divergence on the daily since the low in December 2018. Moreover, a breakout of the falling wedge also occurred with support confirmation in the green area, which is the $180-200 billion level.

On the other hand, the significant order block around $260 billion is still acting as a heavy resistance, similar to Bitcoin at the $9,600 level.

Lower time frame charts show similar signals as the higher timeframe charts. No clear breakthrough in the red order block and resistance area as the price cleared the smaller resistance zone at $220-225 billion.

While there hasn’t been any backtest of this level yet — there’s a good chance it is now likely to occur. As long as the market is able to hold this important support level at $220-225 billion, resistance could again flip into support and start aiming for higher grounds (potentially breaking $260 billion and aiming for $350 billion).

The altcoin market capitalization is also becoming interesting as it shows the completion of a 4-month downtrend. This breakout is similar to the movements the market has seen prior to this year when a major downtrend was broken in January as well.

What followed after the breakout? A period of range-bound movements, which can also be seen as accumulation. Similar movements can also be seen here as the market is moving inside a narrow range, suggesting that a big move is in the works.

It is crucial for altcoin market capitalization to hold the $66 billion level as an important marker and support. Losing that level would give space to movements below $50 billion and would delete the trend of higher lows — an essential pattern for a bull market.

If the $66 billion level holds, the target of $90 billion will be key to watch for in the upcoming weeks.

Is Bitcoin dominance ready for a breakdown?

Interestingly enough, while Bitcoin is correcting, Ether (ETH) has been showing strong signals in the ETH/BTC pair. Ether price action is also indicating that Bitcoin dominance is faltering, though it’s still not looking completely bearish yet.

Trendlines have a lower effect on the Bitcoin dominance chart, so for full confirmation of downwards bias, it has to break below 68% dominance. If that occurs, likely targets are then 62-63%.

So is the cryptocurrency market back in a bear market with Bitcoin losing the 200-Day MA?

The simple answer is no.

Macro wise, the market has been moving upwards all year and actually provided a significant return since January. However, some key levels have to hold in order to sustain the macro bullish perspective. In other words, Bitcoin going below $7,300 would be a bearish sign for the entire crypto market.

Holding above $8,300 would renew bullish sentiment and likely create a potential “buy the dip” scenario in which BTC can then make its move towards $11,000 and higher.