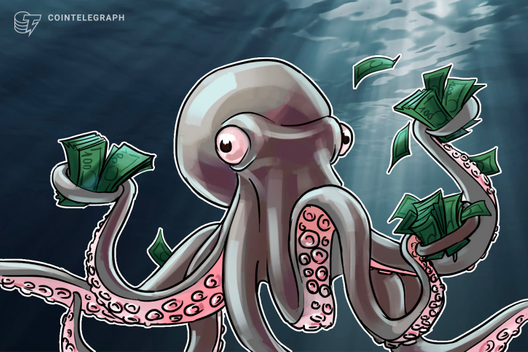 Nelson Minier, head of over-the-counter (OTC) trading at major cryptocurrency platform Kraken, has stated that the OTC desk’s trades per month have increased by a factor of 20 since the beginning of last year.

Minier gave his remarks in an episode of The Block’s podcast, The Scoop, on Aug. 20. Minier further remarked that “Bitcoin and Ether are the big — the whales of our desk,” additionally estimating that Bitcoin (BTC), Ether (ETH), Bitcoin Cash (BCH), Monero (XMR), and Tether (USDT) were the top five cryptocurrencies traded by volume.

“I don’t see demand for this asset going down. But I do know that supply is gonna get cut in half, some time May 2019. And I think another thing I know about Bitcoin is that higher price is the best marketing tool we have.”

In April, former Kraken employee Jonathan Silverman sued the platform for upwards of $900,000. Silverman reportedly managed Kraken’s trading desk in New York, but was not compensated in accordance with an oral agreement with Jesse Powell, Kraken’s founder. Silverman additionally specified that Kraken was lying about not operating in New York. In his lawsuit, Silverman said:

“Misrepresenting to the public and government regulators that it was not operating in New York; when in reality, Kraken’s OTC practice, and OTC trading (including logging into the Kraken exchange and negotiating wire transfers) occurred almost exclusively in New York.”

However, a spokesperson for Kraken, Christina Vee, retorted that Silverman was “both lying and in breach of his confidentiality agreement.”

As previously reported by Cointelegraph, Kraken has recently seen some troubles with its website and application programming interface (API). On Aug. 13, Kraken announced on Twitter that it was receiving reports of connection issues, both for the site as well as its API.