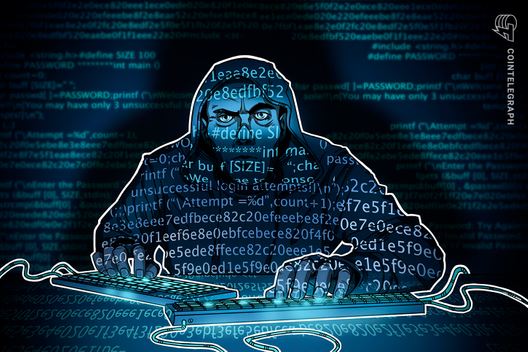 The entity who claimed to have stolen user KYC data earlier this month aims to release more, according to a new tweet.

Hacker “warming up” for leak

In a series of tweets on Aug. 16, the Twitter account known as Bnatov Platon published an outline of Binance Know-Your-Customer (KYC) records allegedly in his or her possession.

“Warming up,” an accompanying commentary reads.

While no timeframe was given for the potential release, the hacker included records of Telegram chats, including with a user described as a member of Binance’s customer service team.

Another appeared to show an attempt to trick the hacker into visiting a dangerous website address, under the guise of the address containing fresh KYC data.

No evidence that KYC images obtained from Binance

The events lead on from the original hack scare which occurred earlier this month. As Cointelegraph reported at the time, Binance denied any compromise to its user data, arguing the entity behind the alleged theft was a fraud.

While investigations are ongoing, no official representative from the exchange has formally acknowledged any issue.

“At the present time, no evidence has been supplied that indicates any KYC images have been obtained from Binance, as these images do not contain the digital watermark imprinted by our system,” a statement released on Aug. 7 reads.

The exchange also noted that the images all appear to be dated from February of 2018 when Binance had contracted a third-party KYC service provider to handle the high volume of requests at that time.

Cointelegraph has reached out to Binance for comment, but did not receive a response as of press time Friday.