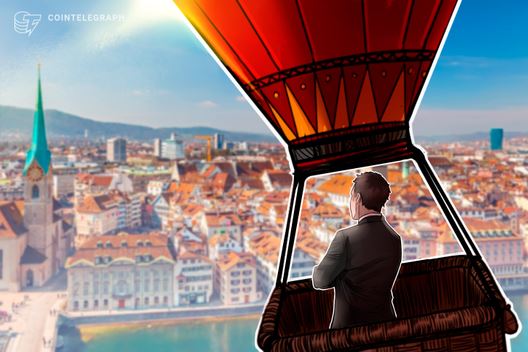 Because of strategic differences, the CEO of Switzerland’s SIX Digital Exchange Martin Halblaub will depart at the end of August when his contract expires.

The CEO of Switzerland’s SIX Digital Exchange (SDX), the cryptocurrency-focused arm of the the country’s principal SIX Swiss Exchange, is departing the company, local news outlet SwissInfo reported on Aug. 14.

Martin Halblaub will step down after eight months into his job when his contract expires at the end of August following disagreements on how the trading platform should be run.

Halblaub reportedly wanted SDX to launch as an independent company, while the board of the parent company — SIX Group — disagreed. He commented on the decision:

“I fully support SDX’s ambition and business model and would have loved to lead SDX into the future. However, I have decided with a heavy heart — given our differing ideas on strategy, combined with the stretch the role is for my life model — that I cannot engage in a long term commitment as Head of SDX.”

Halblaub’s temporary successor will be Tomas Kindler, who will take place as the firm’s CEO on Sep. 1. SIX Group CEO Jos Dijsselhof also thanked Halblaub in an internal company memo, saying that he successfully led the company through its initial phase.

SIX is known for being one of the first stock exchanges in the world to offer a Bitcoin and crypto exchange product. In November 2018, SIX listed a pioneering cryptocurrency exchange-traded product, which tracks five major cryptos including Bitcoin.

As Cointelegraph reported in May, a top SIX Exchange executive has revealed the company will look to issue its own digital tokens as part of its forthcoming blockchain-powered digital exchange.

In July 2019, SIX also announced that it hopes to become the first market infrastructure in the world to offer a fully integrated end to end trading, settlement and custody service for digital assets.

Ultimately, SIX expects its blockchain-based SDX digital exchange to supersede its existing marketplace within a decade. The company is also considering launching its own Security Token Offering — pending regulator approval — which will offer investors an equity stake in exchange for capital.