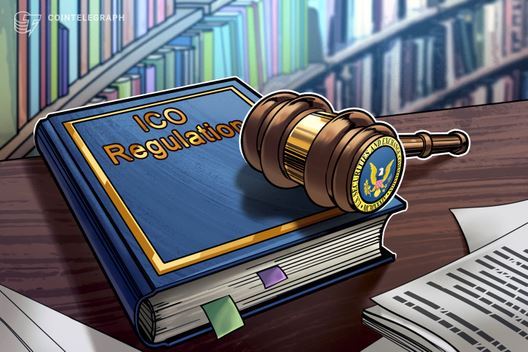 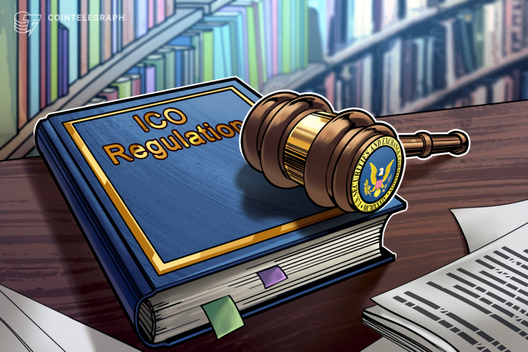 The United States SEC has settled with a New England-based firm for an allegedly unregistered $6.3 million initial coin offering.

According to an SEC announcement published on Aug. 12, SimplyVital Health, Inc. announced plans to conduct an ICO in order to secure funds for a healthcare-related blockchain ecosystem dubbed Health Nexus in 2017. The company offered a native token for Health Nexus called Health Cash (HLTH).

The company purportedly announced a pre-sale of HLTH tokens under Simple Agreements for Future Tokens (SAFTs) that were set to be delivered to investors once they were created by SimplyVital.

However, the statement states, “SimplyVital did not file a registration statement with the Commission or qualify for an exemption from registration before offering and selling HLTH to the public through the SAFTs.”

SimplyVital allegedly raised $6.3 million through its token sale between September 2017 and April 2018. The statement further adds:

Without admitting or denying the allegations that it violated certain aspects of the Securities Act of 1933, SimplyVital agreed to a cease-and-desist order levied by the SEC.

Just yesterday, Cointelegraph reported that a U.S. District Court enacted an emergency freeze to lock up $8 million raised in an ICO by a New York citizen and two of his entities. The SEC, which submitted an initial request for the freeze on Aug. 12, alleges that Reginald Middleton, Veritaseum Inc. and Veritaseum LLC raised the funds in an ICO that was a fraudulent, unregistered securities offering.

Also yesterday, Cointelegraph reported that XRP investor Bradley Sostack amended a class action suit against Ripple, in which he alleged that the company misled investors and sold XRP as an unregistered security in violation of federal law.