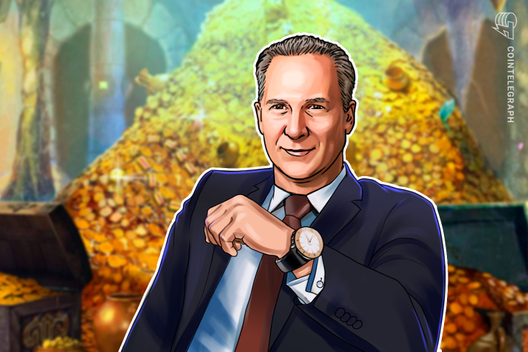 The latest mainstream media debate involving cryptocurrency delivered a bold prediction for the future of finance.

Bitcoin (BTC) will make Peter Schiff’s gold arguments redundant if there is just a 1% chance it will succeed, Anthony Pompliano has told mainstream media.

‘You will be kicking yourself forever’

In a hotly-awaited debate with gold bug Schiff on CNBC Africa July 31, the Morgan Creek Digital co-founder took the opportunity to talk about a Bitcoin future.

After almost an hour of talking, Schiff had summarized that Bitcoin has become a form of religion, and that investors were blind to reality, hoping only to get rich from their holdings.

“When you’re in a bubble, you can’t see the bubble,” he concluded, having repeatedly stated that Bitcoin has no value in and of itself.

“If Peter and others believe everything you just said with 100% confidence — there is 0% chance that you could be wrong, you could be missing something; 0% chance that Bitcoin could be valuable, that it could be a new technology, a new trend […] it’s a 0% chance that the millions of people currently buying and holding this are wrong: don’t buy it, don’t add it to your portfolio, don’t use it,” Pompliano responded.

Using the remainder of a two-minute speech to convince Schiff once and for all, he added:

“But if there is even a 1% chance that you could be wrong, the odds, given Bitcoin is an asymmetric asset, mean that you will be kicking yourself forever for having known about this, spent all your time doing this, getting berated on the internet and missed the opportunity.”

The two had previously debated Bitcoin versus gold multiple time informally on social media. As Cointelegraph reported, Schiff even now owns 0.21 BTC after Pompliano accidentally sparked a chain of anonymous donations to his wallet.

The debate marks the latest in a series of confrontations which have rocked the cryptocurrency industry recently. Particularly controversial was a showdown between BitMEX CEO Arthur Hayes and serial Bitcoin naysayer Nouriel Roubini.

After the debate earlier this month, delays to Hayes releasing video evidence enraged Roubini, who subsequently released a dedicated report on how BitMEX was allegedly fraudulent.

The derivatives giant is currently subject to an investigation by United States authorities.