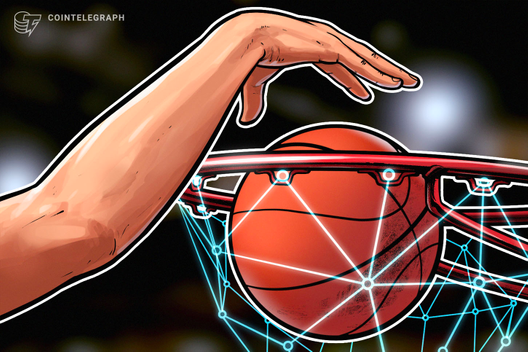 The NBA has partnered with the crypto collectibles developer behind CryptoKitties to launch a new collectibles platform and competitive game.

According to an official announcement on the NBPA website, the upcoming game is scheduled to launch in early 2020.

The game, called NBA Top Shot, will be a roster-building competitive game that is based on crypto collectibles. According to the announcement, fans will be able to gather live footage of NBA games that can then be used in some capacity to build a competing roster for the game — or to simply be owned and trade as a collectible, as the user chooses.

Roham Gharegozlou, the CEO of Dapper Labs, provided his perspective on the planned game’s offerings, saying:

“The NBA and its players are among the greatest heavyweights in global culture […] Through NBA Top Shot basketball fans can engage with their favorite players, teams, and each other in entirely new ways. We use the latest in blockchain technology to create assets and experiences that are guaranteed limited edition and authentic, not to mention portable and permanent in a way nothing digital has ever been before.”

A number of basketball organizations are getting involved in blockchain technology. As previously reported by Cointelegraph, the Sacramento Kings basketball team has opted to work with a crypto mining hardware firm to install Ether (ETH) mining machines in Sacramento’s Golden 1 Center. The proceeds of the new initiative will reportedly go to charity — specifically a program called MiningForGood, which focuses on tech education and workforce development.

Additionally, the Cleveland Cavaliers have partnered with crypto firm UnitedCoin as its official partner. The arrangement will reportedly allow for UnitedCoin to receive advertising via the Cavs, as well to provide a fintech inroad for the basketball team.