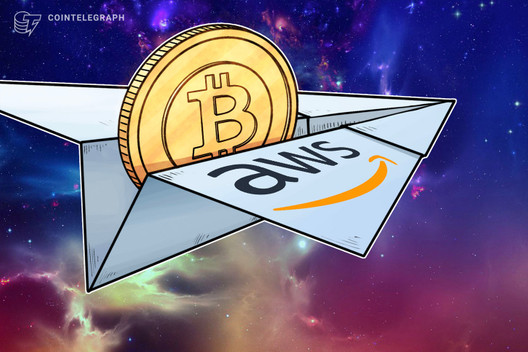 Amazon Web Services (AWS), the cloud computing platform subsidiary of retail giant Amazon, has made its Amazon Managed Blockchain (AMB) generally available, according to an announcement on April 30.

The product will purportedly allow customers to set up blockchain networks within their organizations, and uses the Ethereum and Hyperledger open source frameworks. Notably, Amazon states that AMB can scale to support thousands to millions of transactions.

Amazon states that the blockchain-as-a-service (BaaS) will allow businesses to develop their own networks more quickly and at a lower cost, as it eliminates the need to “to provision hardware, install software, create and manage certificates for access control, and configure network settings.” Rahul Pathak, General Manager, Amazon Managed Blockchain at AWS said:

“Amazon Managed Blockchain takes care of provisioning nodes, setting up the network, managing certificates and security, and scaling the network.”

AWS initially announced AMB in November of last year along with the Amazon Quantum Ledger Database (QLDB). QLDB is a ledger database designed to provide transparent, immutable, and cryptographically verifiable log of transactions, which is overseen by a central authority.