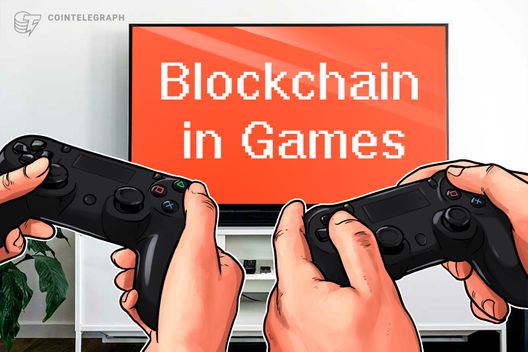 Ripple’s project Xpring and blockchain platform Forte have formed a fund to bolster the mass adoption of blockchain technology in the game industry.

The initiative is designed to bolster the mass adoption of blockchain technology in the game industry through the increase of engagement and monetization with players. Forte is reportedly targeting game developers running live games economies with more than 50,000 daily active users and an interest in blockchain deployment. Brett Seyler, Chief Platform Officer at Forte said:

“Blockchain technologies’ key innovations unlock vast potential for nearly all forms of digital interaction. Gaming is a $140 billion global industry driven predominantly by digital micro-transaction economies, which we believe will benefit immensely from the integrity and resilience of blockchain technology.”

Forte is a San Francisco-based blockchain startup backed by such big industry players as venture fund Andreessen Horowitz, early-stage capital firm Canaan Partners and Coinbase Ventures among others. Xpring is Ripple’s initiative to create a community of developers, entrepreneurs and companies engaged in blockchain technology.

Blockchain has been gradually making inroads into the game industry. Recently, Ethereum (ETH)-based digital asset tokenization startup Enjin announced it will launch a Software Development Kit for leading game development engine Unity. This will purportedly allow Unity developers to create, integrate and manage the distribution of ERC1155-compliant tokens on the Ethereum blockchain.

In February, blockchain company HashCash Consultants announced a partnership with an undisclosed Australian video game developer to roll out its white label cryptocurrency exchange and tokenization services for the gaming industry.