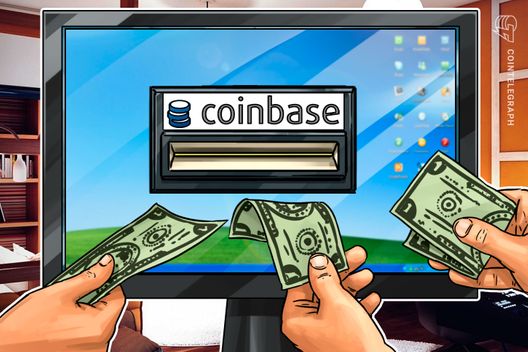 As reported, Coinbase had first rolled out PayPal withdrawal support for U.S. users last month. The European extension of the service will reportedly apply to both E.U. residents and those living in European Free Trade Association countries — Iceland, Liechtenstein, Norway and Switzerland.

Coinbase had previously integrated support for PayPal back in summer 2016, but terminated the service within several weeks due to technical difficulties.

Until today’s newly released service, E.U. and European Free Trade Association country residents had exclusively relied on SEPA wire transfers to withdraw their fiat funds — with those in the United Kingdom also having access to the country’s Faster Payments Scheme (FPS), which has been operational with Coinbase since March 2018.

As reported, Coinbase is currently looking to diversify its crypto support, as well as fiat gateways — in December, the exchange revealed it was exploring expanding its listed assets to over 30 cryptocurrencies in as many jurisdictions as regulatory authorities allow. In November, the platform launched over-the-counter (OTC) trading for institutional customers.

PayPal — whose active number of users surpassed 254 million in Q3 2018 — has had a historically complex relationship to the crypto space. The company’s co-founder Luke Nosek recently stated that the payments company’s early aspirations were remarkably close to those of cryptocurrencies, claiming that:

“Many people don’t know this, but the initial mission of PayPal was to create a global currency that was independent of interference by these, you know, corrupt cartels of banks and governments that were debasing their currencies.”

Nosek’s favorable remarks about crypto have been echoed by the company’s CFO, John Rainey, whereas another of PayPal’s co-founders, Max Levchin, has taken a pro-blockchain, Bitcoin (BTC)-agnostic stance.

In December, Paypal launched a blockchain-based reward system for employees, aiming to incentivize participation in innovation-related programs. The company also filed a patent in the U.S. last year to increase the speed of cryptocurrency payments.