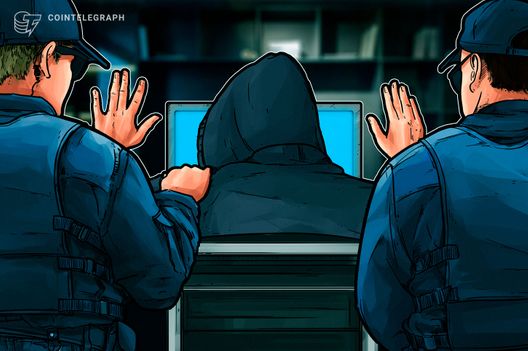 Following international police collaboration, a 36-year-old individual suspected of the theft of over $11 million in IOTA has been arrested.

Following international police collaboration, a 36-year-old individual suspected of the theft of over $11 million in IOTA, as well as fraud and money laundering, has been arrested on Jan. 24. Europol published a statement detailing the investigation on the day of the arrest.

The suspect was reportedly arrested by United Kingdom’s South East Regional Organised Crime Unit, together with the Hessen State Police in Germany, the UK’s National Crime Agency and Europol, following a search warrant carried out in Oxford, U.K.

The operation that lead to the man’s arrest — and the seizure of several of his electronic devices — was reportedly launched after the theft of over $11 million worth of IOTA from over 85 victims since January 2018. The investigation started in early 2018, according to Europol, when the Hessen police received reports of funds stolen from crypto wallets.

The arrested man would have allegedly used a malicious IOTA seed generator, hosted on the iotaseed.io domain, to generate seeds for users that would lead them to use private keys that he controls. In July of last year, German prosecutors identified a man living in the U.K. as a possible suspect responsible for the fraud.

As Cointelegraph recently reported, a Chinese user of the cryptocurrency exchange ZB.com said that the exchange reported him to local police after he reportedly earned nearly $30,000 in two days.

Also, news broke earlier this month that Indian police have arrested an associate of a group accused of conducting a crypto scam involving 5 billion rupees (about $70.4 million).