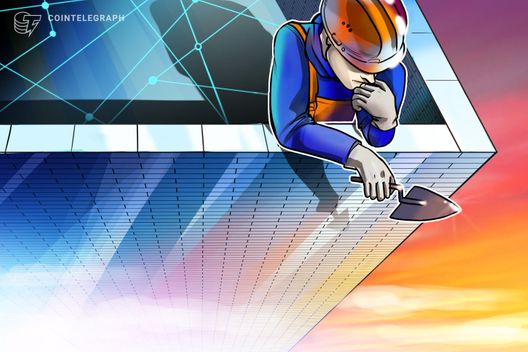 Major crypto mining and blockchain firm Giga Watt has reportedly closed access and power to its facilities and stopped day-to-day operations, according to a note to clients reposted in a Telegram group on Jan. 15.

Following its bankruptcy filing in November 2018, the former top-five crypto mining firm reportedly notified its clients that any cryptocurrency remaining in customer wallets will be available for withdrawal until March via the Giga Watt dashboard.

As for mining equipment, Telegram user JP reposted in the customer support Telegram channel an email purportedly from the Giga Watt team, stating that users will receive an email notification within next two weeks with the tracking data for their shipments.

The United States-based company also warned in the reposted note that if an email is not received, it means that the user’s equipment will remain in the locked facilities and any further information relative to their equipment will not be known or available due to pending legal proceedings, which will determine the further information that can be disclosed to customers.

Until that time, the firm reportedly notes that there are only a few employees remaining at Giga Watt to date who can assist customers in their account withdrawals, know your customer (KYC) verifications, and other questions. According to Giga Watt’s Telegram group, some employees have not been paid since July 2018.

In a conclusion to the reposted note, the Giga Watt team committed to keeping their customers informed if they have any additional information or changes.

In mid-January, officials at Douglas County in the U.S. state of Washington — where Giga Watt allegedly owes $300,000 in utilities payments — started looking into using the former mining facilities for other computing-intensive applications like data analytics or artificial intelligence (AI).

Recently, major Chinese crypto mining and ASIC hardware supplier Bitmain was reported as halting mining operations in Rockdale, Texas. The company also reportedly had to lay off most employees, with the exception of two engineers and the director of human relations.

In late 2018, both Bitmain and major crypto exchange Huobi had reportedly confirmed plans to lay off staff as well. Some Chinese activists also suggested on local media outlets that Bitmain has had to dissolve its entire team of Bitcoin Cash (BCH) developers. Moreover, Bitmain broke the news in December that it was shutting down its development center in Israel and laying off local employees.