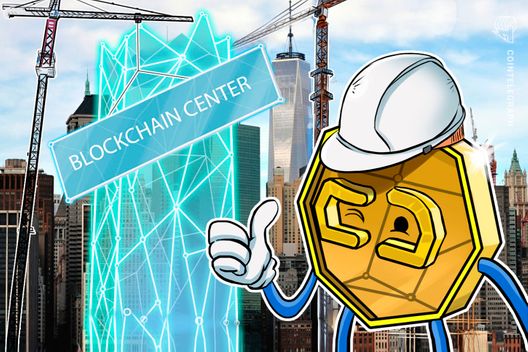 The New York City Economic Development Corporation has announced the opening of a Blockchain Center in the city.

The New York City Economic Development Corporation (NYCEDC) has announced that it is opening its Blockchain Center in Manhattan, Bloomberg reports today, Jan. 10.

Located in the Flatiron District of Manhattan, the 4,000-square-foot center will reportedly offer blockchain-oriented educational services to the general public, such as programming classes to lectures for software developers.

Ana Arino, chief strategy officer at the NYCEDC, told Bloomberg in a phone interview that the organization is “playing the long game” in terms of the potential of blockchain tech, and looking to keep New York at the forefront of future development. Arino stated:

“[Blockchain is] a nascent technology, so there’s bound to be uncertainty around this evolution from year to year. While we don’t know what the future holds, we want to make sure we have a seat at the table shaping it.”

The city is reportedly contributing a “one-time initial investment of $100,000.” Bloomberg reports that the organization will seek to raise further funds via membership fees and through corporate partners, which already reportedly include Microsoft Corp. and International Business Machines Corp.

According to Bloomberg, the city has tentative plans to test the use of blockchain tech this fall.

The NYCEDC’s president and CEO first announced plans to open a blockchain-focused resource and education center in the city in May.

This month, a New York state legislature assemblyman announced that New York had become the first United States state to create a cryptocurrency task force aimed at studying the regulation, use and definition of digital currency.