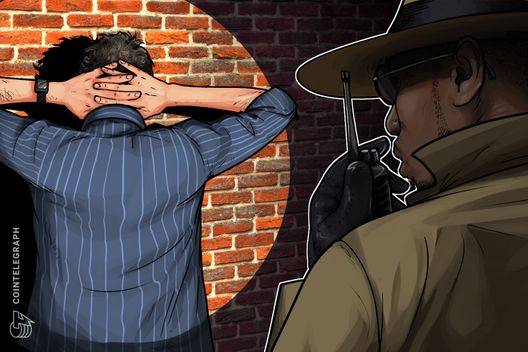 A Taiwanese man has been arrested on suspicions of stealing electricity worth over $3 million to mine Bitcoin and Ethereum worth around $14.5 million.

A Taiwanese man suspected of stealing electricity worth over $3 million to mine Bitcoin (BTC) and Ethereum (ETH) has been arrested, according to a report from local news channel EBC Dongsen News Dec. 26.

The suspect, whose surname has been given as Yang, has been accused of allegedly stealing the electricity to successfully mine cryptocurrencies worth over 100 million yuan (around $14.5 million). Yang is purported to have used a minimum of 17 various business premises to open toy shops or internet cafes there as a facade for his alleged crypto mining activities.

The report claims Yang hired electricians to rewire the premises in such a way as to evade electricity metering and detection of the stolen power. State-owned utility provider the Taiwan Power Company is reported to have first noticed irregularities in the power supply, prompting a police investigation. In addition to Yang, a suspected accomplice has also been reportedly identified.

Wang Zhicheng, deputy head of the fourth brigade of Taiwan’s Criminal Investigation Bureau, is quoted by EBC Dongsen News as saying that:

“The [suspects] recruited electricians who managed to break into the sealed meters in order to add in private lines to use electricity for free before that usage reaches the meters.”

Suspected power theft to fuel crypto mining operations is not unprecedented; this October, a man in China’s northern Shanxi province  was sentenced to three and a half years in jail for allegedly stealing power from a train station to fuel his Bitcoin mining operations.

Also in China — this time in the country’s Anhui province — a separate suspect was arrested for attempting to steal electricity to fund his reportedly “unprofitable” mining operations.