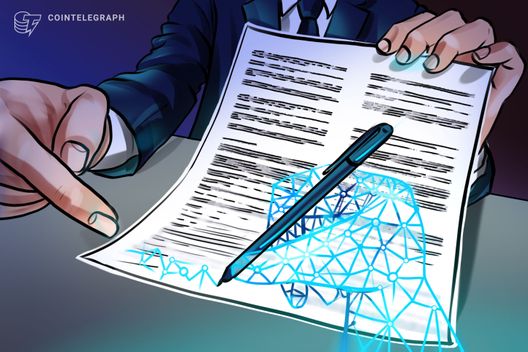 A Chinese Internet Court has started using blockchain to protect the intellectual property of online writers.

An Internet Court in Hangzhou, Eastern China, has turned to blockchain to fight piracy at the expense of online writers, English-language media outlet China.org.cn reports Dec. 8.

The official website of Hangzhou Internet Court reads that it “behave[s] as an ‘incubator’ for Internet space governance, a ‘test field’ for Internet judicial rules, a ‘leader’ for diversified Internet disputes, and a ‘first mover’ for the transformation of Internet trials.”

Hangzhou, whose Internet Court plans to use a blockchain copyright system, is “home to many, if not most, online writers in China,” according to China.org.cn. The news outlet notes that 107 “famous” online writers work in a “writers’ village” in the Binjiang District of the city.

The aforementioned article explains that online writers are frequently damaged by piracy, and it’s often hard for them to prove that they are the original authors of any text. Writers used “to resort to screenshots and downloaded content as evidence,” but this is weak evidence since it can be easily forged, China.org.cn notes.

Wang Jiangqiao, a judge at Internet Court, said that since “blockchain guarantees that data can not be tampered [with] […] all digital footprints stored in the judicial blockchain system […] have legal effect,” specifically noting the ability to track “authorship, time of creation, content and evidence of infringement.”

Wang Jiangqiao’s statement is in line with China’s Supreme Court ruling in early September that blockchain can legally authenticate evidence.

As Cointelegraph previously reported in an analysis, blockchain use to contrast piracy in online media is nothing new.

A Russian startup is also reportedly working on a blockchain-based copyright network in Uzbekistan. The project will start by digitizing patents and storing them on-chain before moving onto securing intellectual property as well.