Saturday, Dec. 8 — Amid a new collapse in the crypto markets yesterday, cryptocurrency ranks are continuously changing as various coins overtake each other by market capitalization. While green prevails among a number of top 100 coins, the markets are trading sideways, with the total market cap hovering at the same levels as yesterday. 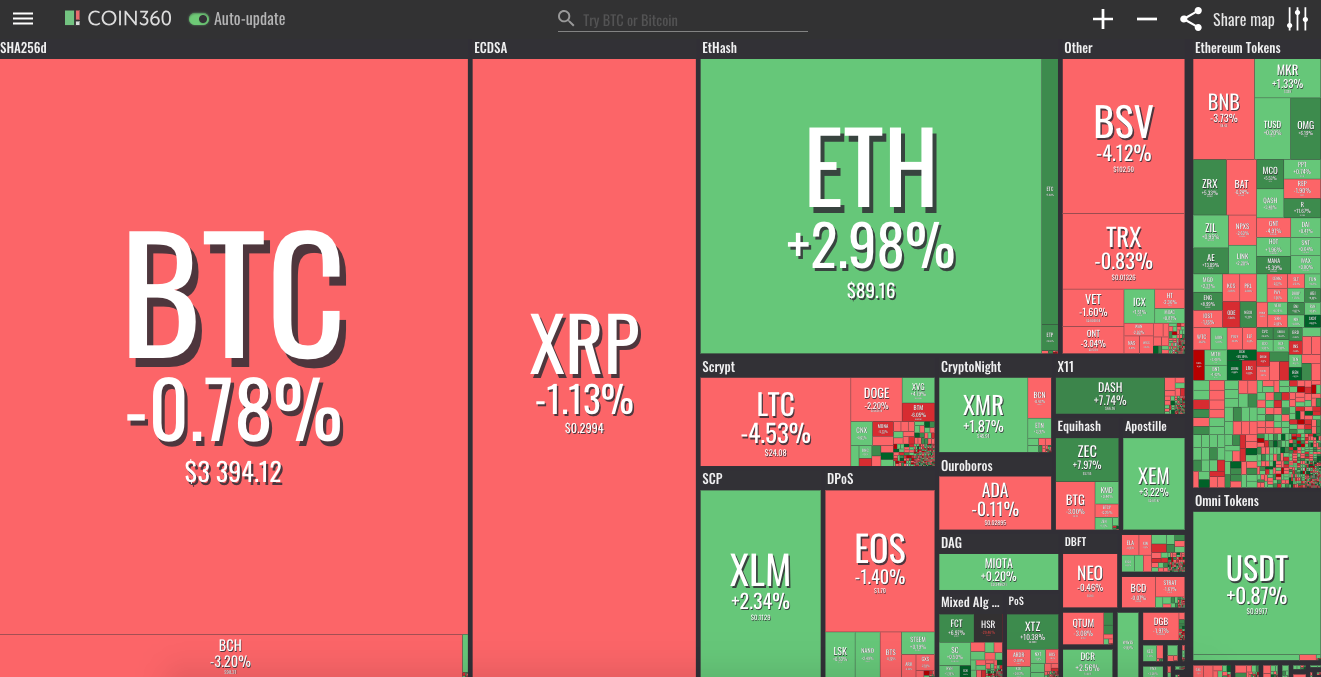 Bitcoin SV (BSV), Bitcoin Cash’s (BCH) hard fork that had been ranked fifth yesterday on CoinMarketCap, is now down on the list, with major stablecoin Tether (USDT) having taken over both BSV and Bitcoin Cash. Tether’s market cap now amounts to over $1.8 billion, while BCH and BSV are almost equal with market caps of around $1.8 billion, also trading at an equal price of around $100 at press time.

Recently, the Winklevoss twins’ crypto exchange Gemini announced the listing of Bitcoin Cash custody and trading, adding that their platform will “only be providing support for the Bitcoin ABC network.”

Bitcoin (BTC) is slightly down about 0.7 percent and is trading at $3,399 at press time. Yesterday, Dec. 7, the major cryptocurrency plunged to as low as $3,280, hitting a new record of its lowest price since August 2017. With a current market share of almost 55 percent, Bitcoin has been trading around the $3,450 threshold over the day.

After the announcement, SEC’s relatively pro-crypto commissioner Hester Peirce advised to not “hold your breath” over the ETF approval, claiming that it can take “20 years from now or it could be tomorrow.”

Ripple (XRP), the second cryptocurrency by market cap, is down around 1.7 percent over the past 24 hours, trading at $0.29 at press time. 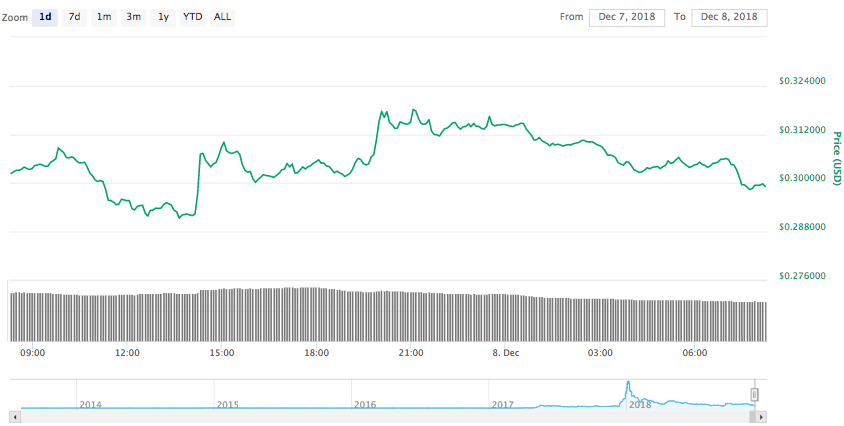 In contrast, Ethereum (ETH), the third top cryptocurrency by market cap, is up around 3.8 percent, trading at almost $90 at press time. The major altcoin had dropped to a double digit threshold yesterday for the first time since May 2017.

Yesterday, Ethereum core developers agreed to launch the coin’s long-awaited Constantinople hard fork at block 7,080,000, which is estimated to happen after Jan. 14, 2019. 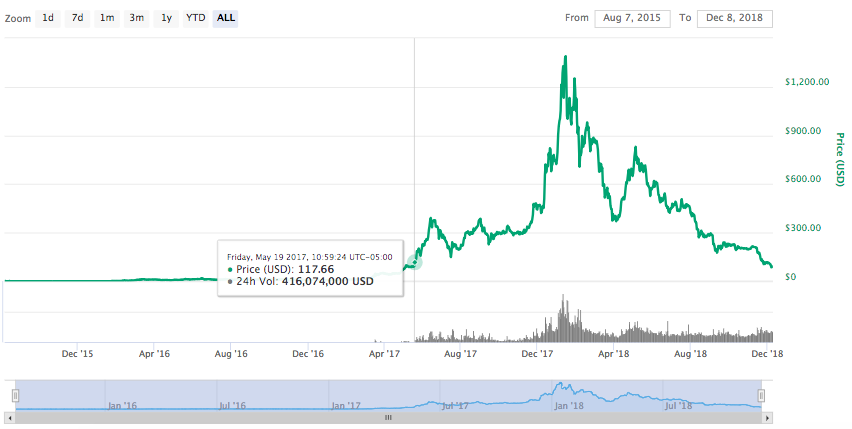 Ranked eighth by market cap, EOS (EOS) is seeing some of the biggest losses among the top 20 coins by market cap. The coin is trading at $1.67, which is a drop by more than 43 percent over the week.

While the markets are attempting another consolidation, some cryptocurrencies have managed to see some sufficient growth over the 24 hour period. ZCash (ZEC) and Dash (DASH) are up the most among top 20 cryptos, both having seen growth by more than 7.5 percent and trading at about $57 and $67 respectively, according to CoinMarketCap.

Total market capitalization is equal to $107 billion at press time, seeing a slight drop over the past hour. Earlier on the day, market cap had dipped to as low as $103 billion, which is the lowest record since August 2017 — similar to Bitcoin’s price dynamics. Daily trade volume amounts to more than $16 billion.