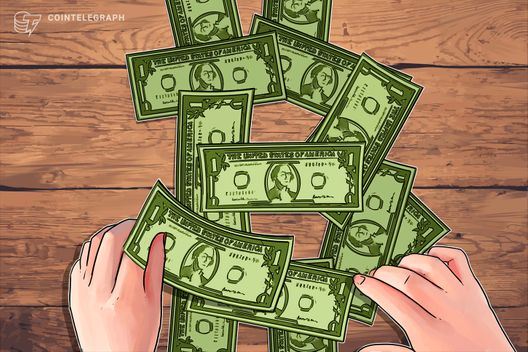 For the first time this year, Grayscale’s Bitcoin Investment Trust was worth less than $1 billion.

Grayscale’s Bitcoin Investment Trust (GBTC) was worth less than $1 billion for the first time this year, Diar reports Dec. 3. Grayscale is purportedly the ‘lone’ Bitcoin (BTC) investment trust in the U.S.

While the fund’s worth in dollars has decreased, its saw a record number of Bitcoin deposits. GBTC, reportedly “the cryptocurrency’s space largest institutional investment firm” is now holding over 203,000 BTC, which Diar points out is “just over 1 percent of circulating supply.”

The report states that “record inflows however have resulted in record Bitcoin equivalent holdings with December notching up a little versus the start of the previous month.” 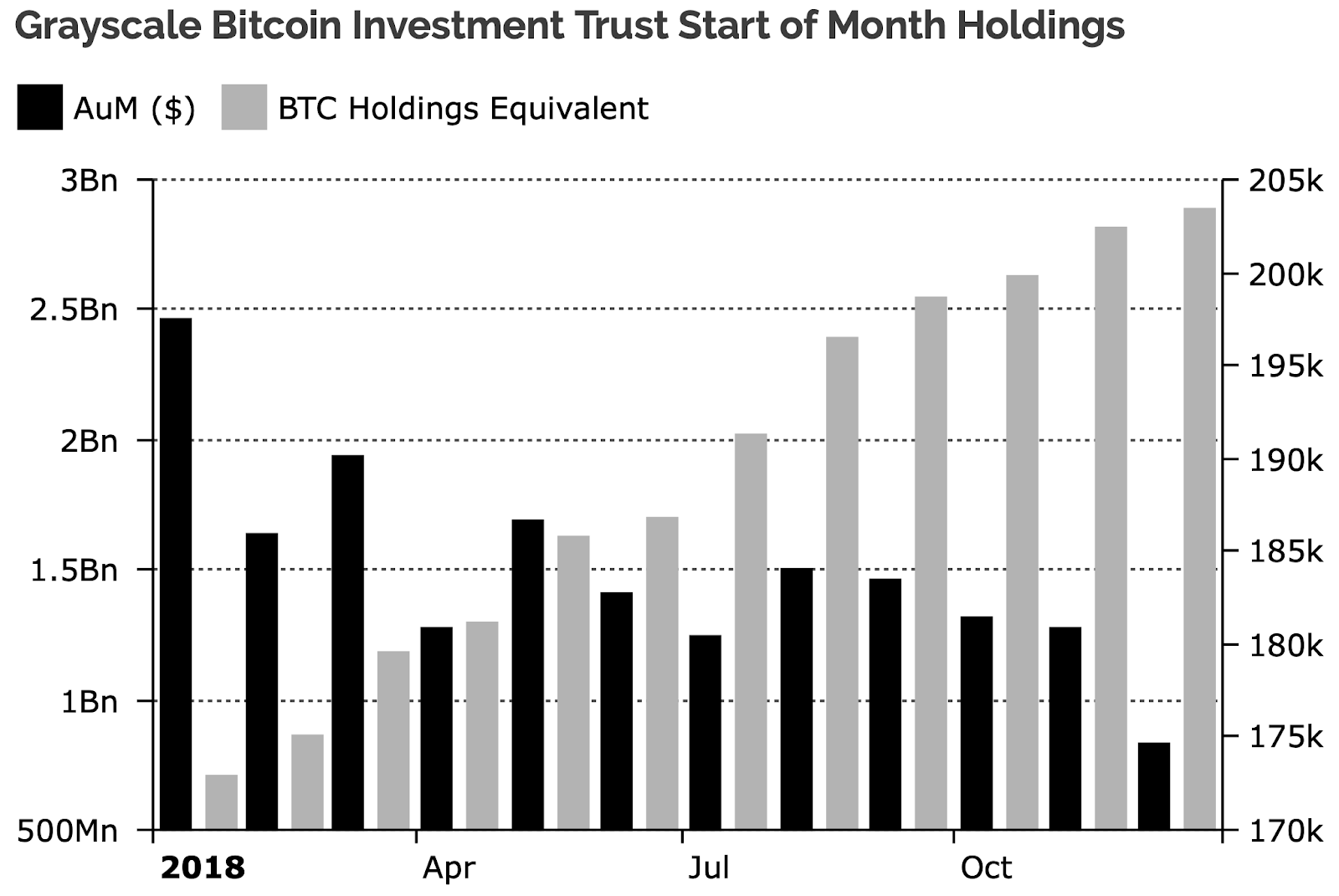 Despite an increase in Grayscale’s Bitcoin holdings, its other cryptocurrency-based financial products have yet to find “solid interest.” According to Diar, the assets under management of the eight non-BTC products “sits at a tiny 56.4 million, a notch over 6 percent of the sponsor’s total.” The report also notes that “this [percentage of the total holdings] has in fact now decreased from 8 percent when Grayscale launched its Zen Fund.”

GBTC shares have been on a steady slope downward since the Bitcoin price surge in 2017. The value of Grayscale’s shares dropped by 80 percent between the $20,000 high in December 2017 and October 2018.

In July, Grayscale released a report, stating that 56 percent of capital inflow in 2018 was coming from institutional investors. While the bear market had discouraged speculators and many retail investors, Grayscale noted that “counterintuitively,” the rate of investment “accelerated to a level that we have not seen before.”