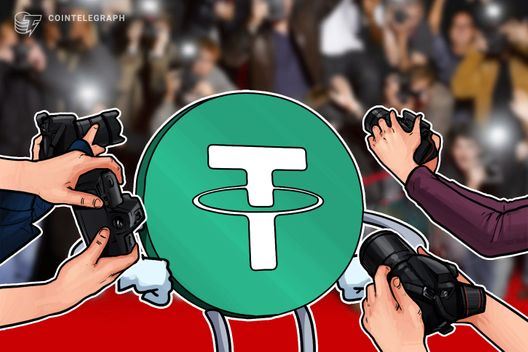 Tether announced the direct redemption of Tether to fiat along with a major redesign of its platform for the verification of new customers.

According to the official announcement, the update allows users to redeem their tokens on the Tether.to platform at a USDT to fiat ratio of 1:1. All Tether deposits and withdrawals are zero-fee, while fiat transfers are are subject to commissions. Tether customers will be limited to one U.S. dollar fiat redemption per week. Tether’s minimum issuance and redemption requirements are $100,000 and USDT 100,000, respectively.

Tether fee structure for withdrawals and deposits within a 30 day period. Source: Tether.to

In conjunction with the recent update on Tether.to, major crypto exchange Bitfinex has introduced direct fiat-to-Tether trading by adding the Tether Dollars (USDT) and Tether Euros (EURT) trading pairs. From now, users’ wallets will support USDT and EURT in addition to the existing U.S. dollar and euro fiat balances.

All existing U.S. dollar balances on the exchange will not be affected by the new feature, Bitfinex explained. However, Tether deposits initiated before 2:30 p.m. (UTC time zone) on Nov. 27 are credited to users’ fiat wallet balances, while Tether deposits carried out after the indicated time will be credited as Tether.

The Tether stablecoin was launched in October 2014 with the aim of providing fast transfers between different exchanges, while benefiting from the stability of the U.S. dollar. The company introduced another stablecoin pegged to the euro in August 2016, reportedly claiming that the EURT token is fully backed by a banking trust in Taiwan at a 1:1 rate of deposits to issued coins.

Both Bitfinex and Tether have been subject to accusations of insolvency and non-transparency, causing concerns over the 1:1 peg of the controversial stablecoin. In June this year, Tether general counsel Stuart Hoegner stated that Tether had enough U.S. dollars to back up each token that was listed.

In early November, Brazilian prosecutors requested assistance from Bahamian authorities to investigate suspicious transactions to Deltec Bank & Trust that is a banking partner of Tether, and was accused of allegedly accepting laundered funds.