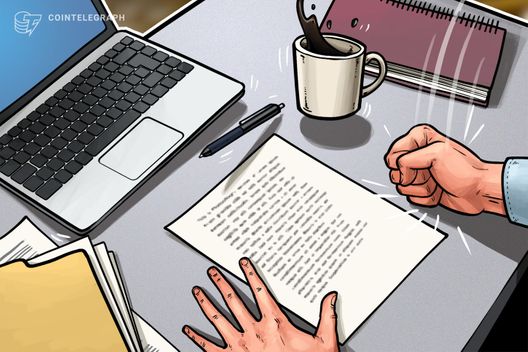 Bitmain is facing a class action lawsuit of $5 million that alleges it mined cryptocurrency for its own benefit on its customers’ devices.

Crypto mining giant Bitmain is facing a class action lawsuit of $5 million that alleges it mined cryptocurrency for its own benefit on its customers’ devices. The filings were published under docket listings for the North District Court of California, Nov. 19.

The lead plaintiff, Los Angeles County resident Gor Gevorkyan, has leveled his lawsuit against Bitmain’s U.S.– and China-based entities, alleging that the company is benefiting — without authorization — from the lengthy “initialization” period that its ASIC [Application-Specific Integrated Circuit] devices need for set up:

“Until the complicated and time-consuming initialization procedures are completed, Bitmain’s ASIC [Application-Specific Integrated Circuit] devices are preconfigured to use its customers’ electricity to generate crypto currency for the benefit of Bitmain rather than its customers.”

In Gevorkyan’s case, the filing states he purchased Bitmain devices, including its S9 Antminer machine, in January 2018. The product was reportedly “difficult to configure” and during the “substantial amount of time” that lapsed before he could fully initialize his devices, they operated at cost-intensive “full power mode,” at his expense.

The lawsuit thus accuses the company of engaging in “an unfair business practice,” and of having “unjustly enriched” the firm by converting the use of its customers’ ASIC devices and electricity, thereby causing “ascertainable and out-of-pocket losses.”

Gevorkyan is seeking damages in excess of $5 million on behalf of all miners “similarly situated” as Bitmain clients.

The lawsuit comes at an eventful time for the mining titan; its China-produced mining rigs are likely to be affected by recently imposed U.S. sanctions on Chinese goods; something that would be particularly burdensome, as according to the company’s pre-Initial Public Offering (IPO) prospectus, foreign sales accounted for 51.8 percent of its total revenue in 2017.

On the eve of its IPO — which aims to raise anything from $3 billion to $18 billion — Bitmain has become mired in a series of difficulties.

As the fallout from the Bitcoin Cash (BCH) hard fork continues, the hardware manufacturer could face serious losses after having invested a significant amount of its funds in the asset. Moreover, the company’s pre-IPO triggered controversy as alleged participants, such as SoftBank, Termasek and the Chinese IT-giant behind WeChat, Tencent, officially denied their participation.