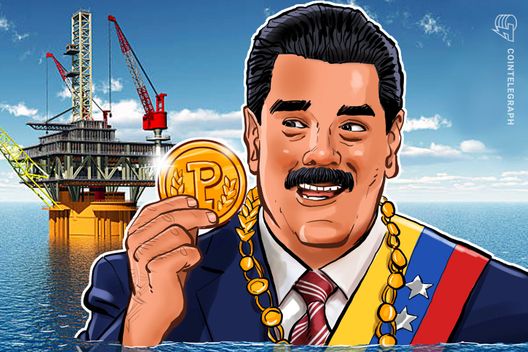 The Constituent National Assembly of Venezuela has approved a bill on cryptocurrency regulation, the country’s Ministry for Communication and Information reported Nov. 21.

The law was proposed by the country’s leader Nicolas Maduro and consists of 64 articles and five transitory provisions. It validates Petro, Venezuela’s controversial oil-backed cryptocurrency, as a unit of commercial exchange within the country, and states that goods and services can also be purchased with Petro.

As per Andres Eloy Mendez, the head of the special commission on crypto frameworks cited in the Ministry’s official release, the new measures are being taken primarily to combat the “financial and commercial blockade” from the U.S. government. Mendez said that Petro can help effectively avoid sanctions and to establish new international business relationships, as it is not controlled by the state’s central bank and, therefore, cannot be a subject to any restrictions.

Venezuela officially launched the Petro for sale in late October. The state-issued cryptocurrency can only be purchased at the official website or in public offices, as the Petro digital wallet has been suspended by Google.

As Cointelegraph previously reported, Maduro along with Venezuela’s establishment, has been actively involved in Petro promotion since it was first announced in December, 2017. In August, Venezuela’s president offered to use the coin as a unit of account for salaries, goods and services.

In September, Maduro claimed that Petro will be used for international commercial transactions. Finally, Maduro was among the first officials who registered at Petro’s website and bought the digital currency. 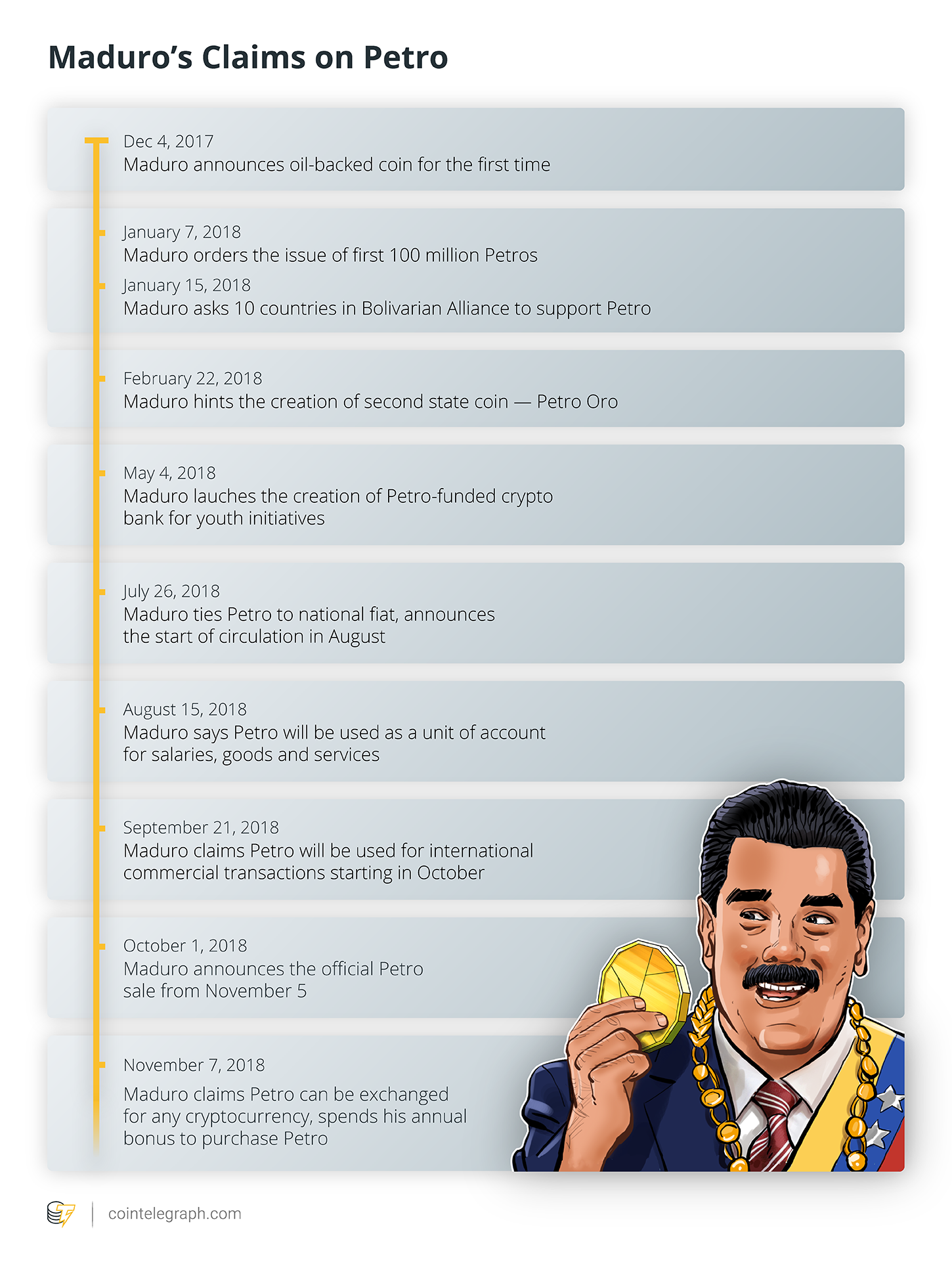 Most recently, the head of Venezuela’s state oil company Manuel Quevedo announced that the country will present Petro as a unit of account for crude oil trading to the Organization of the Petroleum Exporting Countries (OPEC) in 2019.

This summer, Wired magazine called the national cryptocurrency a “smoke curtain” to conceal Maduro’s recent failure to reanimate the country’s fiat, the sovereign bolivar. Earlier this year, a Reuter’s report claimed that Petro was not backed by oil nor mined anywhere in the country. More recently, the Economist, in its turn, noted that Petro is not listed on any of the world’s major crypto exchanges.