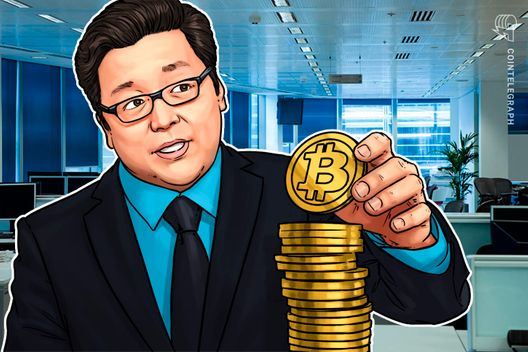 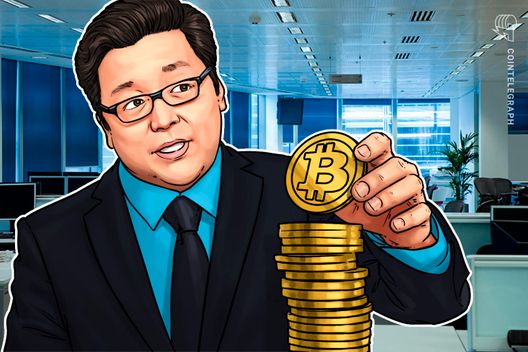 In the recent statement, the head of research at Fundstrat Global Advisors pointed out two major types of crypto players — those who are “using it and have wallets in crypto,” and those who belong to a speculative side of the market. According to Lee, those two sides of the crypto community should find a way for “sort of interacting with each other” for crypto investors not to get burnt by crashes like this.

While reiterating his crypto-rebound prediction, Lee still admitted that the markets have “certainly” seen a “negative development,” which signals a “downside of the momentum.”

However, Lee stressed that institutional cryptocurrency investors are “not necessarily getting hurt” by the recent market downturn, even as Bitcoin’s price dropped sharply to as low as $4,237 today. In this regard, the investor emphasized the crucial role of institutional participation in the industry, claiming that specifically this part of the market will pull the “next wave of the adoption.”

According to Lee, there are two key factors that will soon bring more institutional interest to the markets. First, it will be the upcoming launch of the digital assets platform Bakkt by the operator of major global exchange New York Stock Exchange (NYSE), Intercontinental Exchange (ICE). Announced in August this year, Bakkt recently confirmed a “target” launch date for Jan. 24, 2019.

Second, institutions will get more involved in the market as the industry receives more regulatory clarity, which is partly “under way now,” Lee said, adding:

“Once we have that [regulatory clarity], I think, institutions will feel more comfortable in making bets.”

In this regard, the crypto analyst noted that Bitcoin is “not necessarily a value asset,” claiming that it is “probably best viewed as a commodity,” and is “really an opportunity for an emerging asset class.”

Tom Lee had reduced his year-end Bitcoin price prediction from $25,000 to $15,000 last week, Nov. 16, following a massive decline on the markets that started on Nov. 14, with Bitcoin hitting yearly lows. Previously, the crypto bull had, several times, predicted that Bitcoin’s price would rise above $20,000 for the year’s end. Lee announced his first prediction in January this year, advising “aggressive buying,” while considering the $9,000 price point as “the biggest buying opportunity in 2018.”

Recently, Netherlands-based “Big Four” auditor KPMG has released another bullish stance on crypto, claiming that the industry needs institutional investors’ participation in order to “realize its potential.” Earlier last week, CoinShares CSO Meltem Demirors claimed that the the recent collapse of the markets is caused by institutions“taking money off the table” due to Bitcoin Cash’s (BCH) hard fork.