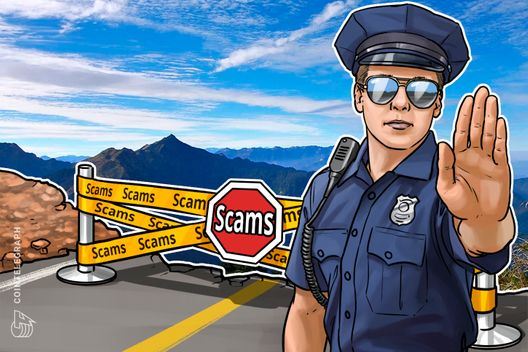 The Australian Taxation Office (ATO) has published a warning Nov. 14 about scammers demanding tax payments through Bitcoin ATMs. The post notes that the number of scammers who request payment through BTC has now exceeded those who ask for iTunes giftcards.

Kath Anderson, the Assistant Commissioner at the ATO, said this year that the number of scammers pretending to be associated with the ATO in order to request fraudulent taxation payments had increased, asking “Australians to be on high alert for tax scams.”

Back in the spring, the tax regulator had previously warned citizens that scammers claiming fake tax debt on behalf of the ATO were demanding tax payment via different cryptocurrencies, as Cointelegraph reported Mar. 16.

The ATO’s Assistant Commissioner now voiced concerns that Australians share their personal information with scammers that makes them vulnerable to fraud actors.

The Nov. 14 ATO warnings states that Australians have reported over 28,000 scam attempts associated with the ATO since July 1, and have paid nearly $1 million to scammers, who often ask for “unusual” payment methods like iTunes gift cards and BTC. Anderson noted:

“That’s just not how we do business […] November is a prime time for scammers as they know lots of people have tax bills to pay. Be wary if someone contacts you demanding payment of a tax debt you didn’t know you owed.”