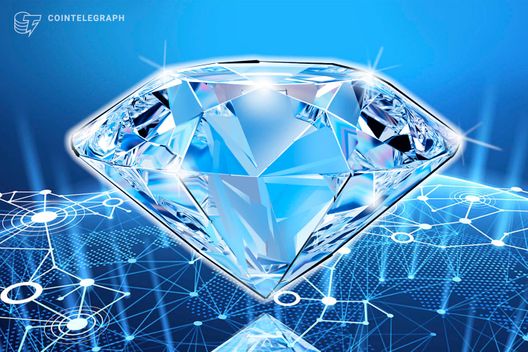 Alrosa is reported to be the world’s largest producer of raw diamonds in carat terms; together with De Beers, the two firms produce around half of the world’s supply. In Q3 2018, the firm’s rough diamond sales rose 12 percent year-on-year to $949 million in value, even as sales in carats declined.

Tracr, whose pilot was first announced in January, aims to improve transparency and consumer trust across the diamond value chain from mine to retail.

The solution works by creating a digital certificate for each diamond that records key attributes and transactions. The data is stored immutably on the blockchain, allowing buyers to verify that diamonds they purchase are natural and conflict-free.

The latter term refers to an industry-specific concern in regard to “conflict diamonds,” also known as “blood diamonds” — uncut diamonds that have been mined in a war-zone and traded to illicitly fund combat.

Alrosa CEO Sergey Ivanov told Mining Weekly that the company’s move to join the pilot was motivated by a belief that industry cooperation is necessary for the sake of “a common goal.”

The Tracr blockchain initiative is reportedly designed to complement existing regulations and schemes that already function to foster industry confidence in diamonds’ provenance and quality, such as the Kimberley Process Certification Scheme, World Diamond Council System of Warranties, and Responsible Jewellery Council Code of Practices.

That same month, Signet Jewelers, the world’s largest diamond jewelry retailer, also joined the pilot Tracr initiative. The full-fledged platform is expect to launch this year, although an exact date has yet to be announced.

Also in May, Alrosa partnered with KGK Diamonds to work with blockchain startup D1 Mint to tokenize diamonds. The project aims to widen the gems’ appeal as an investment asset class and drive consumer demand.