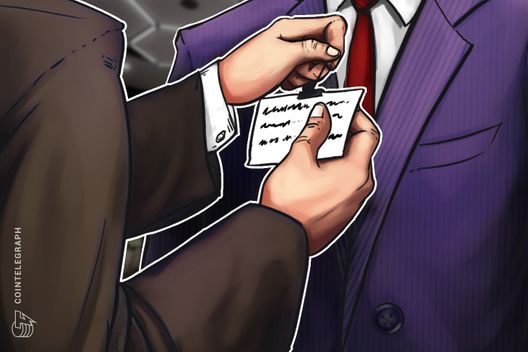 Bloq’s new COO, Hadley Stern, spent seventeen years at Fidelity, which administers over $7.2 trillion in client assets. His most recent role was at the helm of the crypto and blockchain incubator within the company’s innovation lab, Fidelity Labs – overseeing the launch last week of its new crypto-business, Fidelity Digital Assets.

Bloq’s co-founder and chairman Matthew Roszak characterized the new appointment as emblematic of the increasing entwinement of the world of “conventional” enterprises and the emerging cryptocurrency sector.

In a Medium post published today, entitled “The Tokenization of Things and Building the Unimaginable,” Stern gave his perspective on the history of the new technologies driving an “efficient, frictionless” economy:

“Without coming off as doctrinaire or fundamentalist, it’s fair to say that Satoshi Nakamoto delivered a true gift in the Bitcoin whitepaper, that is, a way to produce and account for a provably scarce, wholly digital asset. Satoshi was not-so-subtly concerned about vulnerabilities in the financial system […] Nearly a decade later, the Bitcoin project has proven stunningly resilient.”

Stern’s blog post further outlined three fundamental market areas to be undertaken at Bloq as part of the company’s aim to further the management and integration of digital assets.