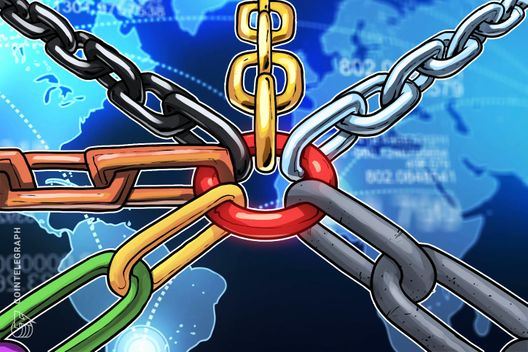 European airline holding company Air France-KLM has partnered with blockchain travel ecosystem Winding Tree. The goal of the partnership is to reduce costs for the company’s customers by cutting out intermediaries.

The alliance has revealed the new deal in a release published on its official website Thursday, Oct. 4.

The world’s fifth largest air company by revenue in 2018, Air France-KLM hopes blockchain will help it provide “a more advantageous travel offer for customers which is more profitable for suppliers, in particular by reducing the number of intermediaries.”

Sonia Barriere, the executive vice president for Strategy and Innovation at Air France-KLM, thinks that blockchain will “revolutionise exchanges within the travel industry” both for customers and companies.

With the new deal, Air France-KLM joins the ranks of other airlines that have previously partnered with Winding Tree.

As Cointelegraph reported earlier, the company already has contracts with Lufthansa, Swiss Air, Air New Zealand, Austrian and Brussels Airlines, and Eurowings. In addition to that, the open-source travel platform also works with one of the biggest hotel chains in Scandinavia and Baltic Region, Nordic Choice Hotels.

Airlines might use blockchain to not only simplify the booking process, but also to launch loyalty programmes, to track luggage and improve airport logistics, as well as to prevent overbooking, according to an earlier overview of the industry published by Cointelegraph.

For example, Russian airline S7 has partnered with the state-owned natural gas giant Gazprom to use blockchain-based smart contracts for aircraft fuelling on domestic flights. And Singapore Airlines has launched a blockchain-based loyalty digital wallet, co-developed with Microsoft.