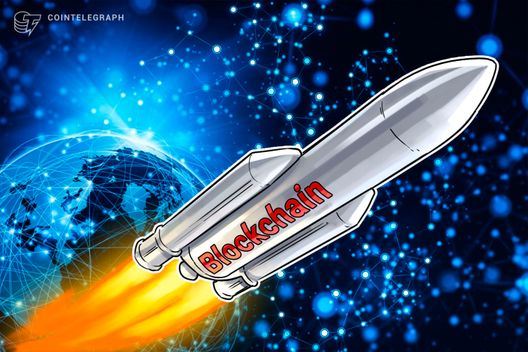 A recent study by ReportLink states that blockchain in the U.S. manufacturing market will increase from 2020–2025.

A recent report by technology research company ReportLinker shows that blockchain technology in the U.S. manufacturing sector is expected to grow significantly from 2020–2025.

While preparing the report, the authors split blockchain usage by application, end use, and territory. The study then divided the blockchain in manufacturing market based on end use into energy and power, industrial, automotive, pharmaceuticals, aerospace & defense, food and beverages, textile and clothing, and other sectors.

According to the research, the blockchain in manufacturing market is expected to be worth $30 million by 2020 and grow at a compound annual growth rate of 80 percent to $566 million by 2025. Per the report, blockchain will simplify business processes and ensure transparency and immutability, while eliminating intermediaries in logistics and supply chains.

The authors cite several factors driving growth, chief among them being the growth of blockchain-as-a-service (BaaS) solutions for businesses, and significant increases in venture capital investment and Initial Coin Offerings (ICO).

However, the report claims that an uncertain regulatory landscape and absence of a uniform set of standards are holding back the growth of the blockchain in manufacturing market.

The MAPI Foundation, which conducts research and makes policy recommendations regarding the conditions of the American manufacturing sector, reported in March that as of January 2018, manufacturing output was 4.7 percent lower than in December 2007.

Despite the slump following the 2008 recession, MAPI forecasts that the U.S. manufacturing sector will fully regain all lost output by April 2019. The foundation projected an average growth rate of 2.8 percent for U.S. manufacturing from 2018–2021.

In August, Cointelegraph reported that Deloitte’s 2018 blockchain survey revealed that the technology is gaining significant traction at the executive level of enterprises across diverse industries. 74 percent of respondents to the survey said their executive team believes there is a “compelling business case” for the use of blockchain technology, with 34 percent saying that some form of blockchain deployment was already in development within their organization.