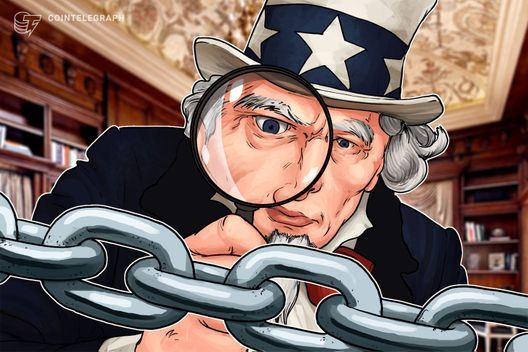 New research into publicly available records shows that U.S. government agencies have tripled their investment in blockchain intelligence firms this year, according to a Diar report published September 24.

As Diar outlines, blockchain analysis can be used by financial institutions or banks to track compliance with anti-money laundering (AML) and know-your-customer (KYC) regulations.

The analysis can equally be used as a “digital trail” that provides law enforcement agencies with actionable intelligence, allowing them to potentially counter illicit activity that would otherwise remain concealed behind pseudonymous crypto wallet addresses.

U.S. government agencies reportedly account for $5.7 million out a collective total of $28.8 million that has been invested in blockchain analysis firms to date, Diar states. 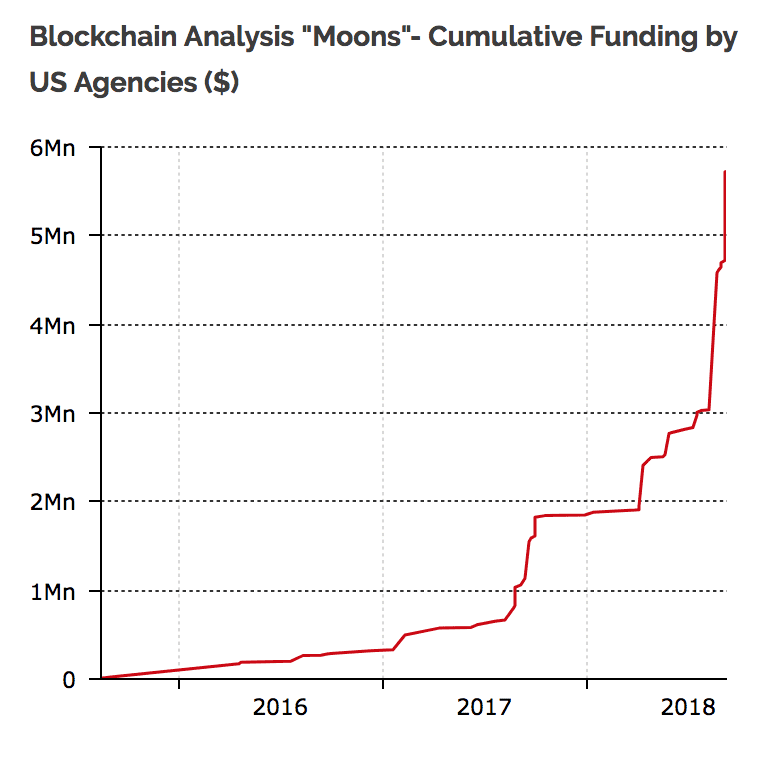 According to Diar, the vast majority of government deals have been contracted to New York– based blockchain intelligence firm Chainalysis, which has signed deals with government agencies totalling $5.3 million (out of a total of $17.6 million from all its investors).

Chainalysis’ largest contract was reportedly signed with the Internal Revenue Service (IRS) in August of this year for around $1.6 million. According to Diar’s report, Chainalysis is followed by rival firms Elliptic and CipherTrace in terms of overall investment.

The IRS reportedly accounts for the highest share of total government expenditure on blockchain intelligence, followed by the U.S. Immigration and Customs Enforcement (ICE), as Diar’s consolidated data shows: 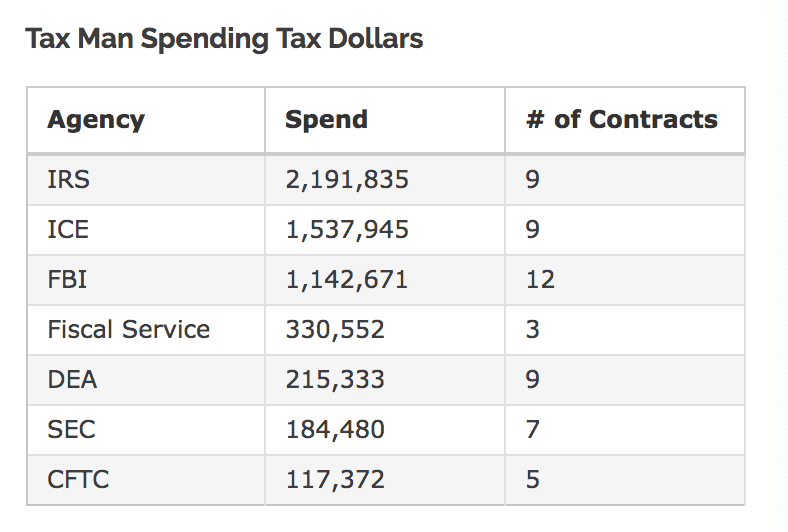 While Diar notes that the IRS, ICE, and Federal Bureau of Investigations (FBI) have a combined 85 percentage of the total expenditure, several other government agencies have also sought smaller contracts with blockchain intelligence firms, including securities and commodities regulators.

Diar’s Sept. 24 report also included a section devoted to Initial Coin Offerings (ICO), which have reportedly raised double in investments in 2018 ($12 billion) as compared with last year. However, Diar’s collected statistics have also shown that 70 percent of tokens “are now valued at less than what was raised during their ICO.” The report notes that 402 out of 562 projects that collectively raised over $8.2 billion are now worth $2.2 billion — a hefty $6 billion market capitalization loss.

As a recent Cointelegraph analysis piece has outlined, the role of third-party blockchain intelligence firms was brought into the spotlight by the recent high-profile indictment from the U.S. Department of Justice (DoJ) against Russian officials who allegedly used crypto to fuel efforts to interfere in the 2016 U.S. presidential elections.

One of the most “heavily interviewed” experts in the wake of the indictment news was Jonathan Levin, co-founder and COO of Chainalysis, who declined to comment on the firm’s official involvement in the case.