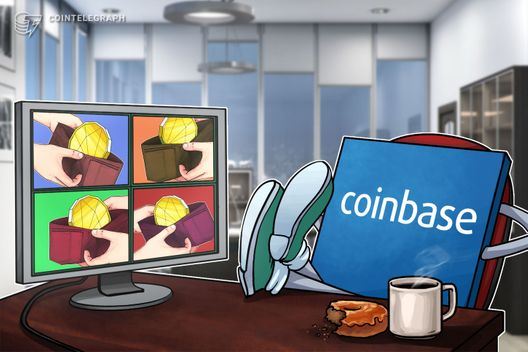 Cryptocurrency exchange Coinbase has announced a new process that will allow it to list more digital assets faster, according to a statement published September 25.

Per the announcement, the new process refers only to digital assets that are compliant with local law, which means that certain assets listed on the platform may only be available to customers in particular jurisdictions.

Issuers who want to submit tokens at Coinbase via the newly adopted process will have to use a special form, which will subsequently be evaluated by the exchange team against their digital asset framework.

Initially there will not be an application fee, however, Coinbase reserves the right to introduce a fee in the future in order to cover the legal and operational costs related to assessing and listing new assets.

Coinbase states that the new process will allow it to “list most assets over time that meet our standards.” Since the exchange expects the process to make new token listings more frequent, those listings will be announced only once they become available on one of Coinbase’s public products.

Later in July, the exchange said that it was examining the addition of five new coins to its trading lists, including  Cardano (ADA), Basic Attention Token (BAT), Stellar Lumens (XLM), Zcash (ZEC), and 0x (ZRX).