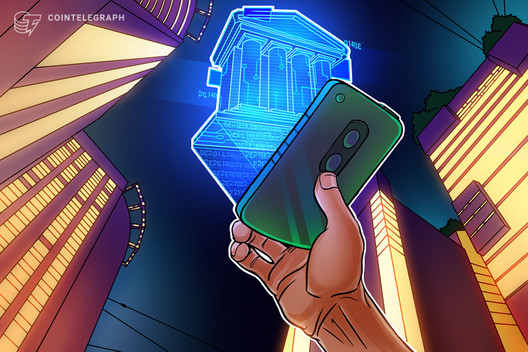 The platform comprises a blockchain for the tokenization of fiat currencies that are held in the accounts of insured and regulated fiat custodians — essentially comprising a stablecoin backed by a network of banks.

Public Mint claims to have already partnered with a network of more than 200 banks to hold the funds backing its fiat token network. Their site does not provide further details on banking partners, although Hyperledger and IBM Digital Asset Labs are named in the announcement as supporters.

Companies that use Public Mint can accept payment via credit card, wire transfer, or ACH payment. While the network only supports U.S dollars at launch, the platform plans to soon introduce other fiat currencies.

Public Mint’s blockchain is a modified version of Hyperledger Besu featuring a different consensus mechanism and a fiat-based fees.

Public Mint was co-founded by Halsey Minor, known for co-founding pioneering digital media firm CNET in 1993. He filed for bankruptcy in 2013 but has since founded the VideoCoin Network — a decentralized video media platform that has partnered with Public Mint.

“The genesis of Public Mint was to allow regulated banks to hold funds which could then be tokenized or ‘minted’, allowing for the creation of applications and business processes around money without actually moving money between banks.”

The platform appears to have already garnered support from major players in the distributed ledger technology (DLT) sector, with Hyperledger’s executive director Brian Behlendorf expressing his excitement “to see Public Mint tackle the challenges of programmable currency and frictionless transfer of funds.”

“In close cooperation with Banks and Trust companies and compliant to regional and global regulations, Public Mint is addressing that initial promise so that all enterprises, from traditional well-established companies to new and innovative DeFI startups can pave the way for the rise of digital assets.”