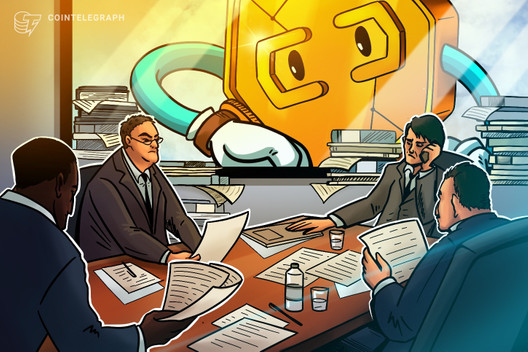 Lithuania might become one of the first countries to issue a CBDC — but there’s a catch.

The Bank of Lithuania, or BoL, will launch a pre-sale of its CBDC, dubbed LBCOIN, on July 9, a representative for the central bank told Cointelegraph. The coin itself will be issued and sold on July 23.

While LBCOIN is technically a CBDC based on the NEM blockchain and issued by the central bank of Lithuania, the financial institution prefers to call it “the world’s first blockchain-based digital collector coin”.

Indeed, LBCOINs will be issued for collectible purposes. This is happening as part of the country’s larger research on blockchain and its capabilities, Pavel Lipnevič, LBCOIN project manager, told Cointelegraph.

The BoL intends to sell 24,000 LBCOINs. They will come in packs of six at a cost of 99 euros. Each token will feature a portrait of one of the 20 Lithuanian historical figures who signed the country’s declaration of independence in 1918. These individuals are divided into six categories: priests, presidents, diplomats, industrialists, academics, and municipal servants.

Having acquired a token from each of the six categories, collectors will be able to exchange them for a physical silver coin. Unlike the tokens, such silver coins will be considered legal tender and amount to €19.18, although their use as a means of payment “will not be encouraged”.

That experience will help the BoL to continue researching blockchain, Lipnevič explained:

“LBCOIN helps to gain practical hands-on experience in issuing a (kind of) retail Central Bank Digital Currency (CBDC) in a real environment – in this case the niche area of numismatics – which will work as a “playground” with controlled risk for the central bank and retail users.”

According to Lipnevič, the “valuable legal, technological, and cybersecurity issues, among others, have already been encountered and resolved, showing a steep learning curve.”

In a recent interview for Reuters, Marius Jurgilas, deputy governor of the central bank, called LBCOIN “probably the most advanced experimental playground to test different reincarnations of the CBDCs” at a time when financial institutes across the globe are turning to digital currencies.

The pre-sale is scheduled to start on July 9. A representative of BoL explained to Cointelegraph:

“We are calling it pre-sale as the buyers will be asked to register in advance as it will take time to go through KYC procedures to prepare and make it as smooth as possible on the sales day.”

Canada was one of the latest countries to weigh in on the CBDC concept. Unlike the BoL, the staff from the North American country’s central bank argues that a digital Canadian dollar should imitate traditional banknotes in terms of availability and accessibility.

“A CBDC should be as accessible as cash,” the analytical note from the Bank of Canada said.