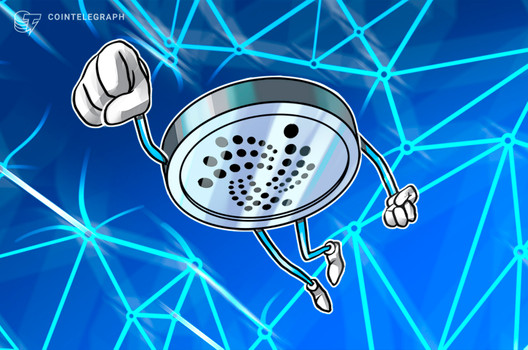 Iota, a major blockchain project designed for the Internet of Things, or IOT, has entered the first phase in its roadmap for upgrading the network to IOTA 2.0.

According to a June 30 blog post, users can now download the new Pollen release in the first fully decentralized IOTA test network.

The release is the first phase in Iota’s IOTA 2.0 transition roadmap, released on June 29. In the roadmap, Iota Foundation laid out three phases to reach the so-called “Coordicide”, an event that will envision the permanent removal of Iota’s Coordinator. Coordinator has been a basic part of IOTA’s network, representing an application run by the IOTA Foundation to digitally confirm valid transactions.

Pollen marks the beginning of IOTA 2.0

By releasing Pollen, the Iota project marks its first milestone leading up to Coordicide. Dominik Schiener, co-founder of Iota Foundation, outlined that the release is aimed to culminate in a coordinator-less, production-ready network.

“After years of intensive research, rigorous testing, and tireless efforts by our engineers, we are proud to finally be able to invite everyone to participate in this momentous milestone for the IOTA project. Pollen marks the beginning of the world’s first truly decentralized, scalable, and fee-less Distributed Ledger, which has been IOTA’s promise since day one.”

Three phases to get rid of Iota’s Coordinator

Alongside other phases, the name of the official testnet of the IOTA 2.0 network release goes in analogy to three stages for the creation of honey: Pollen, Nectar, and Honey. As such, Pollen is set to mainly serve as a research base to validate Coordicide concepts as well as simulate certain attack vectors. According to the foundation, the Pollen phase is expected to finalize Coordicide specifications, providing the “final blueprint of IOTA 2.0.”

The second phase, Nectar, is expected to provide a full implementation of Coordicide modules on an incentivized testnet. The Nectar stage is aimed to test the network for bugs or issues before finally releasing the mainnet. Expected for release by early Q4 2020, the phase will allow network participants to generate “nectar,” or rewards for finding bugs or potential attack vectors.

Honey, the final release candidate for IOTA 2.0, will incorporate all final Coordicide modules, representing the first version of IOTA 2.0, or fully decentralized IOTA mainnet. Schiener says that the foundation expects the network to enter the Honey phase in the first quarter of 2021.

In February 2020, Iota introduced Chrysalis, or IOTA 1.5, an intermediate upgrade. Chrysalis added major features to the network, such as reusable addresses and IOTA-based tokens. As reported, Iota Foundation has shut down the Coordinator multiple times in order to tackle major breaches and hacks on its platform. Following criticism on lack of decentralization, Iota released the Coordicide solution in 2019 to replace the Coordinator.