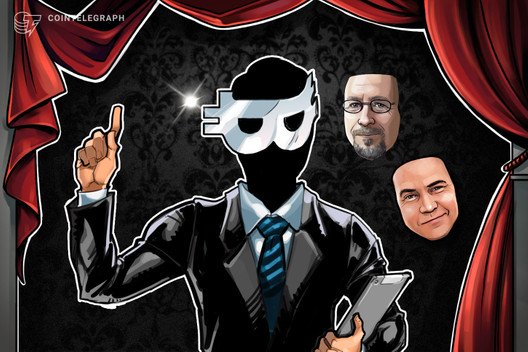 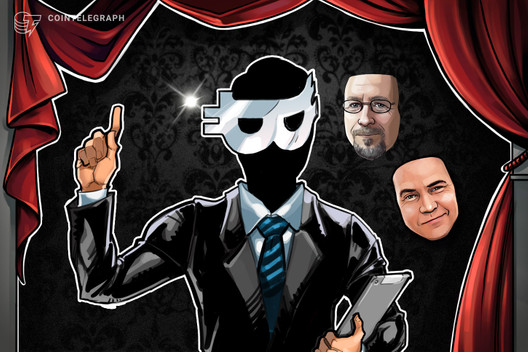 Inside the Ethereum co-founder’s mental model of Satoshi.

In a recent Cointelgraph interview, Ethereum co-founder and Cardano founder Charles Hoskinon said that he believes that Adam Back “checks all the boxes” as a Satoshi Nakamoto candidate.

The puzzle of Satoshi’s true identity never seems to get old. Although Hoskinson admits that he does not have any hard evidence connecting the Blockstream’s founder to the pseudonymous Bitcoin creator, he did make a mental profile of Satoshi — Back seemingly has a perfect fit.

Hoskinson believes that Satoshi was somebody, who lived either in Western Europe of the coastal United States, was comfortable with British English, and had a background in a distributed systems and cryptography:

“And then given some of the quirks in the Bitcoin code, like the use of Fourth, for example, as the basis for the Bitcoin scripting language, it indicates an English education or Western European education, because that’s just what the textbooks were using in the 1980s and 1990s and these things. So when you start adding all these things up, as well as an intimate familiarity of the cypherpunk movement. So they had to be a contemporary of Hal Finney, a contemporary of guys like David Chaum and so forth and aware of their work.”

Back kept on working from Hashcash to Bitcoin

And according to Hoskinson, Back is one of the few people who satisfies these conditions. Back created a proof of work with Hashcash while he was at Microsoft, and furthermore had the knowledge to create a secure alias like “Satoshi Nakamoto”:

“These are just great examples of what you would expect from the inventor of a proto-system that’s almost Bitcoin, to kind of keep doing that research. The other thing is that Back is an expert in cryptography and he has a lot of experience in privacy. So you say, OK, who would have enough operational security knowledge to create an alias that’s very secure and capable of defending against? That would be Back. Back was friends with Hal Finney, they knew each other for a long time. The very second person to enter the Bitcoin space.”

Hoskinson’s assessment notably diverges from that of blockchain co-inventor Scott Stornetta. Stornetta believes that a few hundred people had the qualifications to build Bitcoin.

Some prescient choices in Bitcoin

Hoskinson also observed some inconsistencies in Back’s recounting of his relationship with Satoshi:

“There’s been some changing stories there. First he said he ignored Satoshi, and then I guess he had some emails with him. Like, OK, again, is it important? No… If it is Adam Back, I suspect on his deathbed he’ll let the world know.”

Furthermore, Hoskinson said that some of Satoshi’s decisions in Bitcoin’s (BTC) design were well ahead of the curve:

“There were some extremely prescient choices of system level parameters that only became known after a lot of academic rigorous review. Like the difficulty readjustment target. Turns out that that was set above a theoretical threshold.”

Satoshi has some unfinished business at Blockstream

Hoskinson further postulates that the Bitcoin creator was intimately familiar with Hashcash, and the choices made by Satoshi were brilliant:

“The choice of the elliptic curve was also really curious, secp256r1 is not a standard curve at the time that Bitcoin came out. But it turned out to be a very good choice of a curve. And it turned out to be a curve that was built on very solid foundations. So you had to at least understand a lot about elliptic curve cryptography to know that that would be a reasonable choice.”

The design of proof-of-work would indicate that this person had been thinking about proof-of-work as a concept for quite some time, so they had to have significant familiarity with Hashcash as a mechanism. Hoskinson also believes it would make sense for Satoshi to be working at a company like Blockstream, because Blockstream would appear to be trying to remedy some of the problems with the original Bitcoin code:

“What’s really curious is that it seems like there’s been some attempts at Blockstream to repair the damage in the Bitcoin scripting language as unfinished business. In fact, there was a paper called Simplicity that they wrote, where they’re actually revising and trying to redesign the Bitcoin script in a way that is a little bit better. So it feels like one of those things that if I was the creator of the system, I, of course, would come back and try to fix it later on.”

At the same time, Hoskinson still believes that the only way to prove that Adam Back is Satoshi is through the code stylometry, by comparing the code that Back had written before Bitcoin.