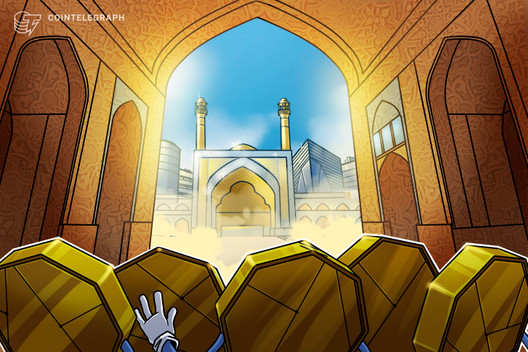 Iran’s president has tasked officials at the central bank and ministries of energy, communications and IT with drafting plans for a national cryptocurrency mining strategy.

Iran’s president has tasked officials at the central bank and ministries of energy, communications and IT with drafting plans for a national cryptocurrency mining strategy.

As reported by the Iranian news website ArzDigital on May 22, officials were briefed during the 137th session of Iran’s economic coordination headquarters earlier this week, chaired by President Hassan Rouhani.

The development comes shortly after the Iranian government announced a redenomination policy for the country’s fiat currency, the rial, in a bid to tackle crippling chronic inflation.

Earlier this week, Iran had also moved to include cryptocurrencies into its foreign currency exchange regulations and anti-currency smuggling enforcement efforts.

This will bring those crypto exchanges licensed by the Central Bank of Iran under the purview of existing regulatory regimes for foreign exchange currencies, amid a period of extreme capital outflows from emerging markets during the global pandemic.

Also this week, Iran’s central bank and domestic exchanges agreed to cooperate on efforts to stabilize the foreign exchange market, including a provision to use digital currencies where necessary to facilitate currency exchanges and return export currency.

The public health crisis, compounded by the persistence of the sanctions regime, has strained an ailing national economy, which had already contracted by 9.5% in 2019 and was faced with a 17.8% youth unemployment rate.

While further details of Iran’s national cryptocurrency mining strategy are yet to be clarified, Iran had already issued about 1,000 licenses to crypto miners in the country and gave the go-ahead to Turkish crypto mining firm iMiner to establish a 6,000-rig facility in Semnan province earlier this month.

The Iranian government authorized crypto mining as an industrial activity back in July 2019.

Amid a stifled economic climate, a general in the Islamic Revolutionary Guard Corps addressed a crowd earlier this year with calls for the country to make use of cryptocurrencies to circumvent the sanctions regime.

President Rouhani has himself argued in favor of creating an alternative currency, potentially a digital one, to loosen the grip that U.S. sanctions have as the “main tools of domineering hegemony and bullying” of specific nations.