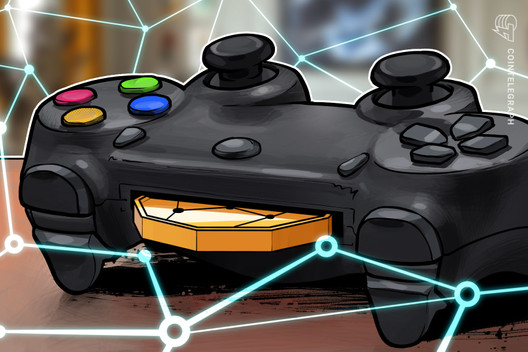 Amid the increasing adoption of blockchain technology in the gaming industry, some of the world’s biggest game developers like South Korean Netmarble are partnering with blockchain gaming startup Forte Labs to streamline blockchain-powered game experiences.

Per the partnership, each of the five game developers will integrate Forte’s blockchain platform into one of its games, enabling new benefits for both developer and player communities, the firm announced to Cointelegraph. By using Forte’s blockchain, game devs can unlock new revenue streams by bridging the gap between digital gaming and physical collectibles and eventually providing real-world value to in-game experience.

Forte believes that “blockchain technology by itself is not enough”

While Forte sees blockchain as a tool for unlocking greater game experiences such as secure asset ownership and the ability to integrate peripheral markets, the firm is confident that sole blockchain integration doesn’t solve all gaming problems.

“At Forte, we firmly believe that blockchain technology by itself is not enough,” the startup said, emphasizing that engaging player experiences must accompany tech advancement. According to the firm, that is the biggest reason behind the addition of new game partners.

Josh Williams, Forte’s co-founder and CEO, outlined that the new partners will bring deep knowledge in creating engaging game experiences that would be helpful in bringing blockchain-powered benefits to the mainstream. He continued:

“Together, we’ll work towards building a more open, equitable, and sustainable ecosystem that addresses many of the issues found today in the games industry.”

To date, Forte’s blockchain platform operates on an invite-only basis while the product is designed to be free and work across any game platform, the firm said. The platform is based on open source protocols like Ethereum and Interledger to facilitate the creation of game assets as well as cross-chain transactions.

The news comes after Forte’s entrance into a major industry partnership with Ripple’s developer ecosystem project Xpring. On March 12, Forte and Xpring established a $100 million fund to support game developers and foster the mass adoption of blockchain technology in the gaming industry via boosting engagement and monetization tools.