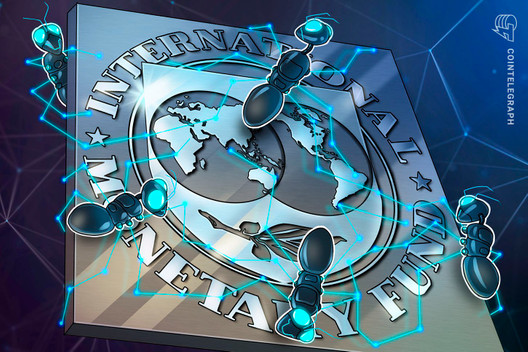 Zhang pointed toward greater efficiency and lower costs associated with a CBDC. “In some countries, the cost of managing cash can be very high on account of geography, and access to the payments system may not be available to the unbanked, rural, or poorer population,” he said in the Feb. 28 speech, which hit the web on March 19.

Zhang hits on other positives

The IMF director touched on increased financial inclusion. “CBDC may provide a public digital means of payment without requiring individuals to hold a bank account,” he said.

Zhang also noted several other benefits of a CBDC, including stability and strengthened monetary policy.

In addition, Zhang said a CBDC could act as a combattant against other digital assets. He said:

“A domestically issued digital currency backed by a trusted government, denominated in the domestic unit of account, may help limit the adoption of privately issued currencies (e.g. stablecoins), which may be difficult to regulate and could pose risks to financial stability and monetary policy transmission.”

Zhang stressed the importance of a proposed-CBDC’s structure in limiting potential risks.

The director said such an asset could steer customers away from banks, as well as strain central bank balance sheets.

Zhang also included that the central bank could incur risks and expenses from the endeavor. “Offering CBDC could be very costly for central banks, and it could pose risks to their reputations,” he said, adding:

Zhang added that hacks and other faults could impede such operations, leading to a black mark on the bank’s trustworthiness.

CBDCs have been a hot topic for a while now. Sweden started testing a CBDC in February, and several other central banks have discussed the prospect, although not everyone is interested in CBDCs.

Cointelegraph reached out to the IMF for additional details, but received no response as of press time. This article will be updated accordingly should a response come in.