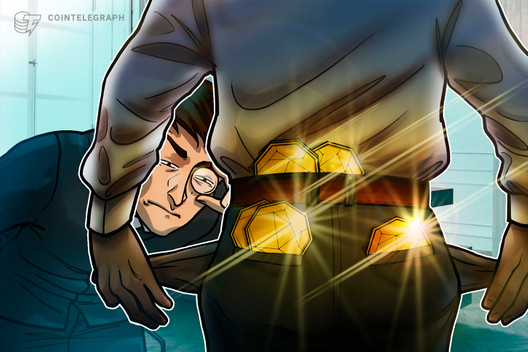 The U.K.’s tax agency is stepping up its blockchain analytics operations. If other countries follow, will it spell the end for anonymity in crypto?

The year 2019, for a short while, raised expectations that stablecoins would bring about mass adoption of cryptocurrencies. 2020, however, seems to be dousing those hopes with ever-tightening regulation that is putting pressure on investors and companies alike.

The first complication came only 10 days into the year. In early January, the European Union’s landmark Fifth Anti-Money Laundering Directive, or 5AMLD, was signed into law. The law is the latest evolution of the EU’s response to the Panama Papers scandal, in which a leak of over 11 million documents uncovered the opaque financial networks used by the world’s richest and most prominent individuals to divert wealth overseas.

The era-defining financial scandal shone a light on a controversial characteristic of international finance that would soon spell trouble for cryptocurrency investors and businesses the world over: anonymity.

Lawmakers are constantly striving to tighten the legal loopholes that allow the world’s richest companies and individuals to avoid paying their dues. Try as they might, there are still states, often small island nations in the Caribbean, that willingly provide less legally restrictive environments.

Choosing to divert financial flows offshore is often not illegal at all, but the emphasis that companies such as the now-disgraced Mossack Fonseca place on privacy means that it is difficult for law authorities to bring individuals using such networks for criminal activities, such as money laundering, tax evasion or terrorist financing, to justice.

From the 5AMLD to central bank digital currencies, governments and regulators are acting on their belief that the identities of individuals behind anonymous transactions should be made available to authorities upon request.

Additionally, even though the United Kingdom is set to leave the EU in roughly one week’s time, its anti-money laundering regulations closely match the 5AMLD, and recent events indicate that measures are being increased even further to prevent cryptocurrency from being used to flout the law.

One of the criticisms of post-Brexit Britain is that it will relax financial regulation in order to form lucrative trade deals in the wake of its departure from the EU single market. Although the U.K. has seen numerous financial scandals, its tax agency is looking to minimize the blind spots in the defenses against crime involving cryptocurrency.

Her Majesty’s Revenue & Customs announced that it had posted a $130,000 open contract call to develop a tool to help the tax agency gather intelligence through cluster analysis. The announcement is the latest step on behalf of European lawmakers to break through the anonymous qualities of cryptocurrencies, taking aim at both the biggest coins and privacy tokens, such as Monero (XMR), Zcash (ZEC) and Dash (DASH).

As previously reported by Cointelegraph, although most users of such coins use them for entirely honest purposes, both law authorities and regulators are concerned by the potential for privacy coins to be used for nefarious activities, such as the sale of illicit drugs on the darknet, as well as terrorist financing and money laundering.

The regulatory changes and mounting compliance demands did not surprise Dash Core Group Chief Marketing Officer Fernando Guitierrez. In an email conversation with Cointelegraph, Gutierrez put forward his view that the changes will not only be a hindrance to companies but also to the average consumer. He believes that: “This was all bound to happen.” He added that there was little chance that a growing industry would escape unnoticed:

“All these changes will make anonymity more difficult for the average consumer, as more exchanges comply and implement KYC. Those exchanges who don’t will be forced to jump from jurisdiction to jurisdiction, which will impose extra costs that only those committed to anonymity will be willing to pay. For criminals, this will change nothing because they are in that group, among many others who are not criminals, who are willing to pay more.”

The offering of the open contract from the HMRC is a signal that it is committed to effectively ramping up its blockchain forensics capabilities. Rich Sanders, principal and lead investigator at the Cipherblade Ltd blockchain analytics firm, told Cointelegraph that such a small contract is unlikely to shake up the system to any great extent:

“As for this particular initiative, a £100,000 software contract for a year says something but not very much in the grand scheme of things.”

How effective are blockchain forensics tools?

While data about transactions using cryptocurrency is stored on the blockchain, it is not possible to identify individuals from this information alone. Prior to the recent changes in legislation, blockchain analytics companies cooperated with intelligence agencies to link suspicious account activity to the individuals behind them.

Although the powers given to law authorities and compliance organizations under the 5AMLD are likely to radically change the way in which such procedures are carried out, Sanders believes that analytics tools are not a one-time fix for all anonymous crypto activity since: “Blockchain analytics tools do not inherently and directly crack the anonymity,” or, more accurately, the pseudonymity, which is an attribute of blockchains. Therefore, forensic tools are only one element of a comprehensive investigative toolkit. He went on to add:

“The way, in which a blockchain analytics tool can help in linking the pseudonymous blockchain identity to an individual is by tracing cryptocurrency from/to initial/terminal destinations such as exchanges and other services, from which data can then be requested — which will often require a subpoena to be served or, at a minimum, another legally constrained form of data request.”

Sanders explained that, when examining the powers of blockchain analytics tools in bringing tax evaders to justice, it is important to note that there must first be pre-existing suspicion of wrongdoing:

“Blockchain analytics tools are likely to be brought to bear only in cases of existing and substantiated suspicion and are not themselves suited to finding potential tax evaders in the sea of cryptocurrency users. If that’s what you want to do, you’ll have a better time — as I once semi-seriously advised IRS employees — browsing through Reddit and looking at the chest-beating about tax evasion there (by accounts with poor OPSEC).”

Many in the sector welcome the regulatory changes. This chummy approach to cooperation with state organizations is not, however, shared by all. Dash Core Group’s Gutierrez told Cointelegraph that, in spite of their duty to protect, not all governments and intelligence agencies honor this:

“This has happened even in democratic countries, so we can’t assume that everything they do is fair or well-intentioned. Only where there is a real separation of powers, and the judicial one has consented, on a case by case basis, they should have such a right, if technically possible. If that can’t be guaranteed — and it can’t — it is better if they stay away.”

How will regulation affect crypto?

Cryptocurrency is still a young industry and faces many challenges on the road to becoming a mature sector that can compete with wider mainstream finance, should that ever happen. The steady increase in regulatory and compliance demands are only to be expected as the nascent crypto industry inches closer to being used by a greater customer base.

Regardless of the titans of the tech industry toying with the idea of starting cryptocurrencies of their own, even some of the larger financial companies simply cannot take on the high level of risk associated with crypto at its current stage.

Some industry leaders recognize this turn as a welcome sign that digital currencies are being taken more seriously by regulators and lawmakers around the world. For others of a more anarchistic philosophical standing, the loss of anonymity is a loss of one of the core precepts behind the entire reason for cryptocurrency’s being.

Gutierrez says that, while regulation is bound to happen to any growing financial industry, the costs associated with being regulated to an extreme level could well choke out smaller players and lead to an eventual stagnation:

“The constant introduction of new regulations is already changing the industry. Compliance costs have grown so much that only big players can afford them. This is only going to get worse. We will have fewer new projects and that will hinder innovation. I foresee a future, in which the blockchain industry resembles more and more the financial industry it proclaimed it would replace: well-funded players, slow change and lawyers everywhere.”

While Gutierrez foresees a slowdown in the near future, Andrew Adcock, CEO of the London-based crowdfunding platform Crowd for Angels, told Cointelegraph that the firm has not picked up on any discernible change in investor behavior in the wake of the regulatory changes:

“We haven’t seen a large change in investor and consumer attitudes, however, there has been a notable increase from companies seeking to implement changes and abide by the new regulation. I believe this is positive and will provide great protection for investors.”

Although any kind of attempt to hinder the supposedly essential core characteristics of cryptocurrency will create intense debate among investors, industry leaders and regulatory bodies, not all people are so fussed about the changes.

Adcock said that many of the clients at Crowd for Angels are not overly interested in the topic. Despite the doomsayers of the crypto industry, Adcock maintained his view that regulation is something to be encouraged and does not believe that this will alienate investors: “There will always be those who seek anonymity, and this might be challenged by regulation, but harmony between both positions can co-exist.”