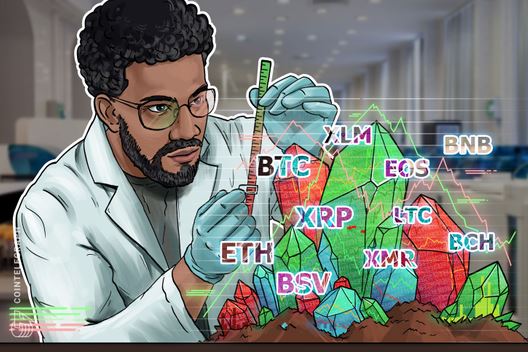 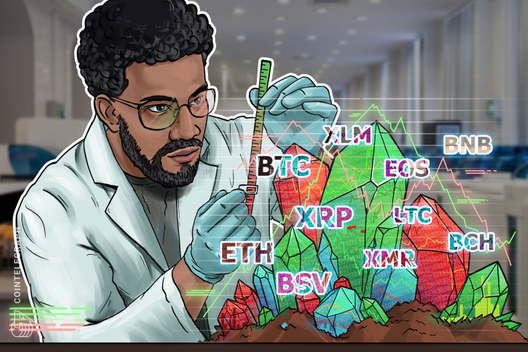 Bitcoin is leading a recovery. Is this a bull trap or will it result in a new uptrend? Let’s analyze the charts.

Crypto enthusiasts despise fiat currencies while central banks have largely been against cryptocurrencies, as they consider crypto assets to be a form of competition to their existence. However, a new analysis has found that mere existence of cryptocurrencies benefits both society and the government.

Cryptocurrencies offer an opportunity for citizens to diversify their investments. They act as a competition to fiat and prevent central banks from debasing fiat currencies. Conversely, governments benefit by allowing and taxing crypto investments in the economy.

Though Facebook’s Libra project has hit rough waters, Binance has announced an open blockchain project dubbed “Venus” that will work with governments and various other corporations to launch localized stablecoins worldwide. Binance believes that the project will empower both developing and developed nations. It is banking on its existing compliance measures across various jurisdictions to help it gain the required regulatory approvals.

Bitcoin (BTC) is picking up momentum as it moves higher. This is a positive sign as it shows that bulls are not waiting for lower prices to buy. However, is this a bull trap that will suck in buyers and then turn around and plummet? Let’s analyze the chart.

Let’s look at the positives that point to a resumption of the rally on the chart. The BTC/USD pair has held and bounced sharply from its critical support of $9,080. This confirms that bulls jump in to buy when the price dips to the support as they expect it to hold.

Both moving averages are flattening out and the RSI is close to 50, which points to a range-bound action in the near term. The boundaries of the range might be $9,080 on the downside and $12,000 on the upside. A consolidation near the highs is a positive sign as it increases the probability of a breakout to new highs. So, as long as the price remains above $9,080, the pair is on target to make new yearly highs.

Our assumption will be invalidated if the price turns down either from the current levels or from $12,000 and plummets below $9,080. Such a move will hurt sentiment and signal a deeper correction to $7,451.63. It will also delay the next leg of the up-move. Though we have a bullish tilt, the chart patterns are not offering a trade with an attractive risk-to-reward ratio. Hence, we are not suggesting any fresh positions in it.

The bears could not capitalize on the breakdown below $192.45, which shows strong demand at lower levels. The pullback has reached the 20-day EMA, which is a stiff resistance. Nonetheless, if the bulls scale this overhead resistance, Ether (ETH) can move up to the 50-day SMA, which is close to the horizontal resistance of $235.70.

We anticipate a stiff resistance close to $235.70, because this level has stalled the rally on three previous occasions. If this level holds again, the ETH/USD pair might consolidate between $192.45 and $235.70 for a few days.

On the other hand, if bulls push the price above $235.70, the pair might quickly rally to $320.84. We will watch the price action above the downtrend line for a few days and make a call. Our neutral-to-bullish view will be invalidated if the pair reverses direction from current levels or from the 50-day SMA and breaks below $174.461.

We had anticipated XRP to plunge after it broke to new yearly lows, but that did not happen. Cherry-picking by aggressive bulls has helped the price rise above the previous support-turned-resistance of $0.27795. After the first batch of buyers, the real test starts now. Will the demand sustain at higher levels or will it falter?

The XRP/USD pair has not sustained above the 20-day EMA since breaking below it on June 27. Hence, this makes it a stiff resistance to overcome. If buyers push the price above the 20-day EMA, it will be the first sign that demand is not drying up at higher levels. The next level to watch will be the 50-day SMA and above it $0.34429.

However, if the bulls fail to scale the price above the 20-day EMA once again, we expect bears to sell aggressively and try to break down of the recent lows at $0.225. While it might look attractive to buy at these low levels, we do not have confirmation of a bottom yet, hence, initiating long positions might be a risky affair. We will wait for a new buy setup to form before recommending a trade in it.

Bitcoin Cash (BCH) has formed a large head and shoulders (H&S) pattern, but bears have not been able to break below the neckline of the pattern. The bearish setup comes into play only after a breakdown and close (UTC time) below the neckline.

However, the rebound from the neckline has been encouraging. It has quickly moved up to the moving averages. If the bulls push the price above $360, we anticipate a move to $428.54 and above it to $515.35. Therefore, we might suggest long positions after watching the price action closer to $360.

Contrary to our assumption, if the bears defend the moving averages, the BCH/USD pair might again slide to the neckline. We expect it to break below it in the next retest. Though the target objective following the completion of the H&S pattern is much lower, we will take it one step at a time and keep an eye on $166.98.

Litecoin (LTC) held the 61.8% Fibonacci retracement level once again on Aug.18. This is a minor positive as it shows a lack of selling at lower levels. The price can now pull back to the 20-day EMA, which is likely to act as a resistance. If this level is crossed, a move to the 50-day SMA is probable.

Both moving averages are sloping down and the RSI is in the negative zone, which shows that bears are in command. If the price turns down from the 20-day EMA or the 50-day SMA and breaks below $69.9227, it can fall to $49.3305, which is the 78.6% Fibonacci retracement level. We do not find any reliable buy setups at the current levels.

Binance Coin (BNB) is trading inside a tight range of $26.202 to $32.50. The bulls are attempting to scale above the moving averages, which is a positive sign. The next stop is $32.50, above which we expect the digital currency to start a new uptrend. The first target on the upside is a retest of the lifetime highs and if it is crossed, the pair is likely to pick up momentum.

On the other hand, if the BNB/USD pair turns down either from the 50-day SMA or from $32.50, it can remain range-bound for a few more days. A breakdown of $26.202 will be the first sign that bears are back in the game. The trend will turn decisively lower if the support at $24.1709 cracks. We suggest traders wait for the pair to break out of $32.50 before buying.

EOS is attempting to bounce off the critical support at $3.30. Both moving averages are sloping down and the RSI is in the negative zone, which suggests that bears have the upper hand. If the cryptocurrency turns down from the 20-day EMA, bulls will try to sink it back below $3.30. A break below this level will be a huge negative that can drag the price to $2.20.

However, if bulls can push the price above both moving averages, the EOS/USD pair can move up to $4.8719. A breakout of this level might start a new uptrend, but if the price turns down from $4.8719, it will remain range-bound for a few more days. We suggest traders wait for a new uptrend to start before initiating long positions.

Bitcoin SV (BSV) might form a large trading range between $107 and $188.69. Both moving averages are gradually sloping down and the RSI is just below the midpoint, which shows that bears have a slight advantage.

Currently, bulls are attempting to breakout of the 20-day EMA. If successful, the BSV/USD pair might face some resistance at the 50-day SMA, above which it can move up to $188.69.

Conversely, if the pair turns down from either moving average, it can again correct to $107. As the range is large, traders can attempt to buy closer to the support of the range and sell near the resistance. In between, we do not find any reliable buy pattern, as the price action is likely to remain volatile. A breakdown of the range will be a huge bearish move while a breakout can push the price toward lifetime highs.

Monero (XMR) is range-bound between $72–$98.2939. Both moving averages are flattish and the RSI is close to the center. This suggests a balance between buyers and sellers. If bulls can propel the price above the moving averages, the cryptocurrency can rally to $98.2939.

A breakout of the range can carry the price to $120. There is a minor resistance at $107, but we expect it to be crossed. Conversely, if the XMR/USD pair turns down from the current levels, it might dip back to the support of the range at $72. A break below the support will be a bearish sign that can drag the price to $60. The price action inside the range can be volatile, therefore, we remain neutral on the pair. The traders can turn positive above $98.2939.

Stellar (XLM) broke below the critical support of $0.072545 on Aug. 14. Since then, the price has traded in a tight range. The bears have not been able to build on the breakdown and sink prices to new lows. Similarly, bulls have failed to push the price back above $0.072545.

The best breakdowns continue to plunge without giving many opportunities to traders stuck at higher levels to get out. If there is hesitation after a breakdown, it shows a lack of urgency by sellers at lower levels.

If bulls fail to break out of the 20-day EMA within the next three to four days, we anticipate bears to make another attempt to resume the downtrend. Conversely, if the XLM/USD pair climbs and sustains above the 20-day EMA, it will suggest that the latest breakdown was a bear trap. With both moving averages sloping down and the RSI in negative territory, the advantage is still with the bears, hence, we suggest traders remain on the sidelines.