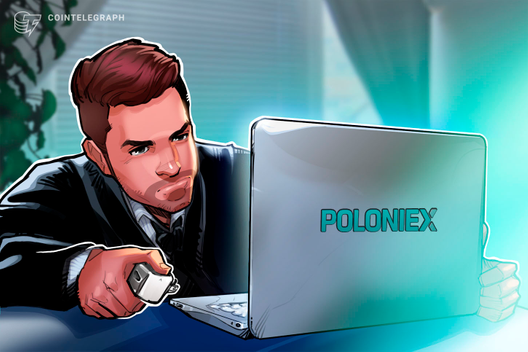 Cryptocurrency exchange, Poloniex, has announced a scheme to reimburse users affected by a flash crash in May, which led to total losses of around 1,800 Bitcoin (BTC). In an Aug. 13 blog post, the company pledged to repay daily trading fees (in BTC) to impacted lenders until their losses are fully recovered.

Payments will begin later in August and the first credit will include all trading fees incurred since the generalized losses were first recognized on June 6, 2019.

Poloniex has a peer-to-peer margin trading system. Users can receive interest for sending their BTC to a lending pool, from which other users borrow to trade. Borrowers must maintain collateral.

In late May, a little-known token named Clams (CLAM) crashed almost 80% in less than an hour. The unprecedented speed of the crash caused safety measures to fail in the automated liquidation system, designed to protect lenders’ capital.

The 1,800 BTC subsequently lost amounted to around $13.5 million at the time.

An ongoing commitment to reimbursement and winning back trust

This is the second step by Poloniex in its reimbursement of the lost funds. The first occurred shortly after the incident, on June 14, when around 10% of the losses (180.736 BTC) were distributed proportionally amongst impacted lenders.

In its blog post, Poloniex stresses that its work to “make customers whole” is not limited to these two steps. It is also actively pursuing other strategies, with more information to follow.