Token generation events are raising twice as much capital as conventional equity fundings for the blockchain sector.

Token generation events are raising twice as much capital as conventional equity fundings for the blockchain sector.

According to an Aug. 1 report from analytics firm teQatlas, token generation events (TGEs) — an alternative term for initial coin offerings — raised $2.095 billion in H1 2019, as compared with the $1.248 billion raised by blockchain firms through venture capital (VC) investment.

TeQatlas’ report is based on an analysis of roughly 2,500 blockchain firms backed by 1,800 investors via both traditional and alternative funding instruments — such as equity deals, TGEs and initial exchange offerings (IEOs). 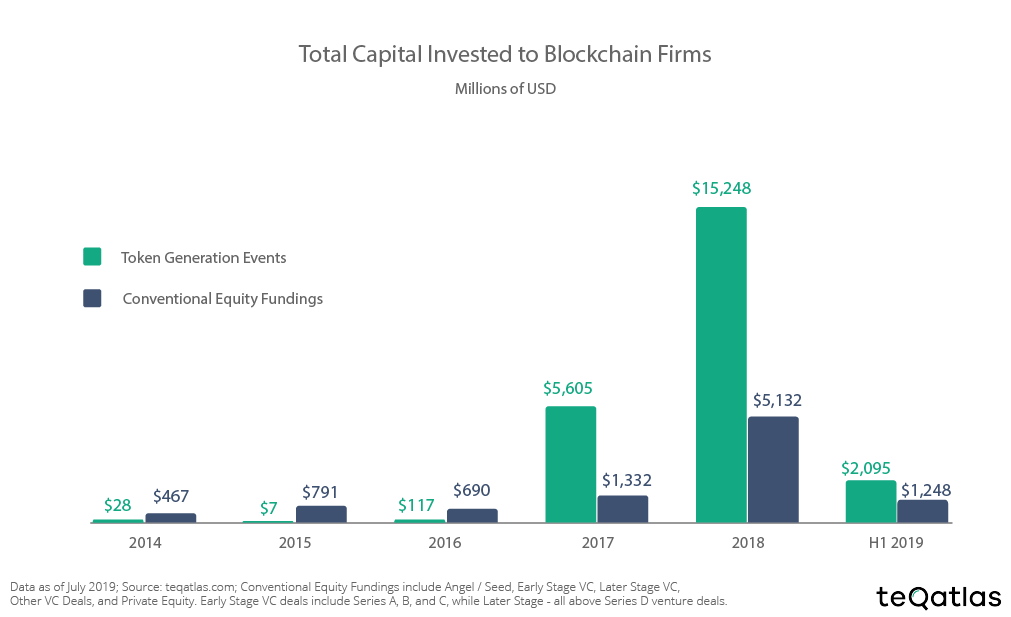 Based on its findings, the teQatlas argues that investors still see blockchain firms as a high-margin investment. VC investment in the space has seen a consistent uptick over the four and a half years under observation — reaching a total value of approximately $9.2 billion.

This figure is however eclipsed by the impressive amount of capital raised by token offerings — which peaked at over $15 billion in 2018 alone. While this figure has declined to just over $2 billion in the first half of 2019, it nonetheless remains at almost twice the value of funding — $1.25 billion — raised in the same period via traditional equity deals.

Comparing completed deals for both TGEs and VC rounds over the same time frame, the analysis found that the total number of traditional funding rounds — including private equity — hit 476 transactions in 2017, 910 in 2018 and 268 in the first half of this year. 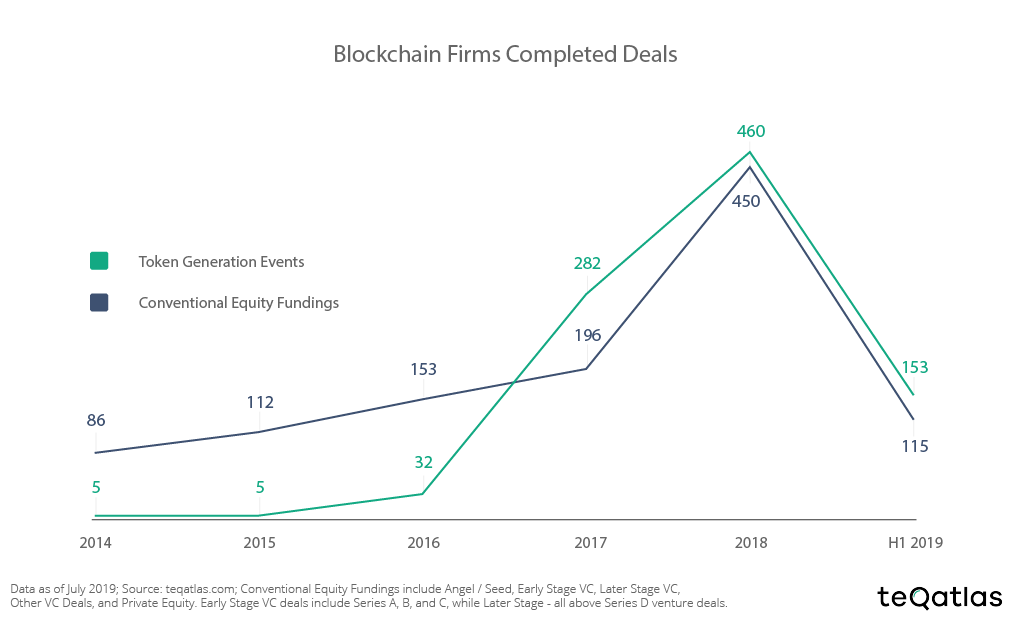 As of H1 2019, 56% of all the deals have been closed via TGEs. Among traditional funding types, early-stage VC deals command the lion’s share at 36% of all deals (including TGEs).

Notwithstanding the eye-popping capital raised via token offerings, teQatlas nonetheless notes that since the start of 2018, TGE funding has seen a monthly and quarterly downtrend — purportedly a sign of investors’ caution in the context of the regulatory confusion that besets the funding method.

As reported just yesterday, teQatlas’ findings have been echoed by other analytics firms, whose data reveals that despite the overall token offering decline, crypto startups are continuing to rake in millions of dollars using the instrument.