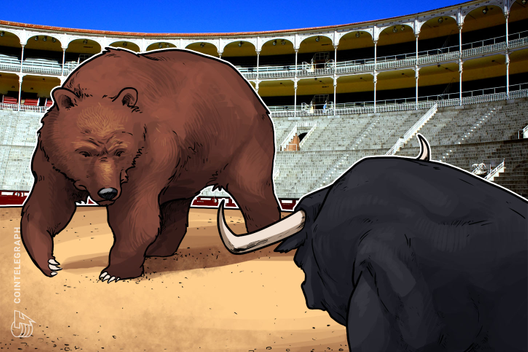 Bitcoin (BTC) price continued trading around $9,500 July 30 as analysts suggested the end of the month could still provide a fresh move upwards.

All eyes on futures and 50-day moving average

Data from Coin360 revealed little change in Bitcoin’s behavior Tuesday after the largest cryptocurrency suddenly lost $800 over the weekend.

As Cointelegraph reported, the downturn caught markets by surprise, BTC/USD dropping from $10,150 to a low of around $9,200.

Now, attention is focusing on Bitcoin futures — the end of the month means settlement, something which has traditionally placed downward pressure on the Bitcoin price before payouts take place.

For Josh Rager, the regular analyst and trader, the near-term course for BTC/USD could involve an uptick towards $10,000, but with the 50-day moving average forming a roof.

“CME is an important chart to watch & looking at one scenario that could play out,” he wrote on Twitter Tuesday.

“I lean neutral sideways but would be intrigued if price moved up to fill the meme gap at $9965 1D close before rejected off 50 MA[.] Lean bullish if price closes above $10,635 on CME.” 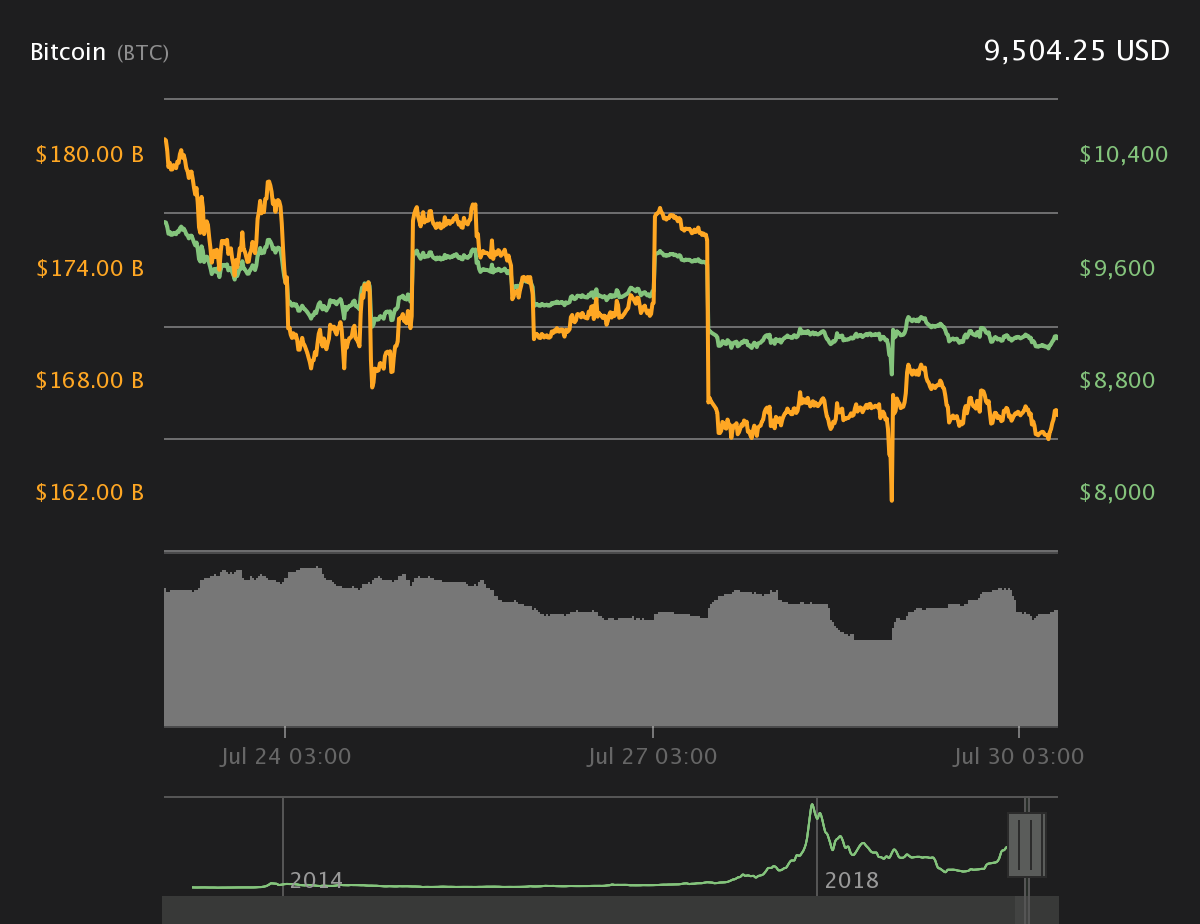 So far, however, little evidence suggests the more bullish scenario will occur, with many suggesting a period of bearish action is likely before momentum for gains builds once again.

Others pointed to ongoing regulatory scrutiny, particularly in the United States, as pressuring price. On Tuesday, Washington is set to hold another hearing dedicated to blockchain and cryptocurrency policy.

“It’s a new product. It’s much different from most new products,” J. J. Kinahan, chief market strategist at TD Ameritrade, told Bloomberg.“Everybody, including regulators, are trying to figure out the best way to roll this out to protect people, keep it something that’s viable but keep it from being the Wild West.”

Altcoins meanwhile continued to move in step with Bitcoin’s sideways action. Ether (ETH), the largest altcoin token by market cap, dropped slightly more than average — 2.5% on the day — to land at $208. 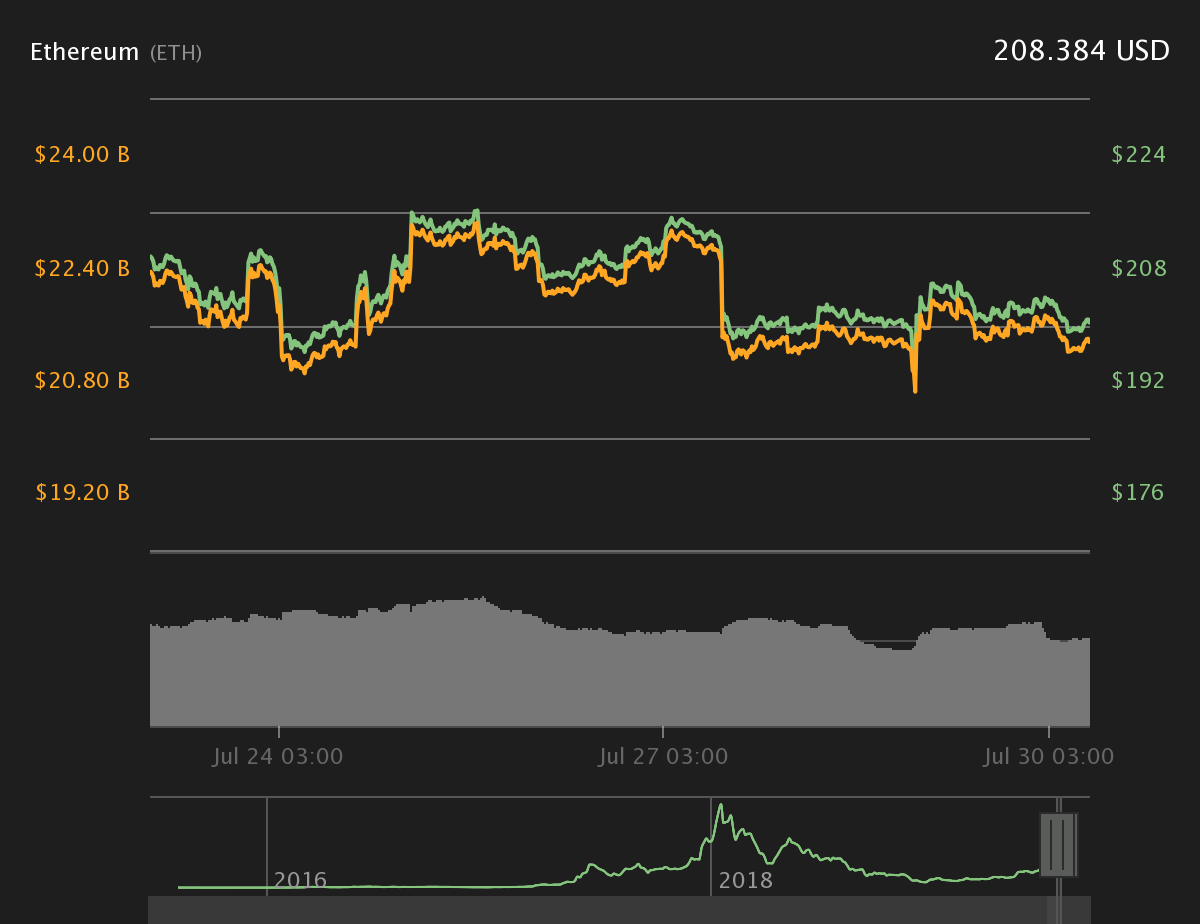 Other major coins saw negligible losses of up to 3%, while only a handful registered any form of gains, these not surpassing 2%.