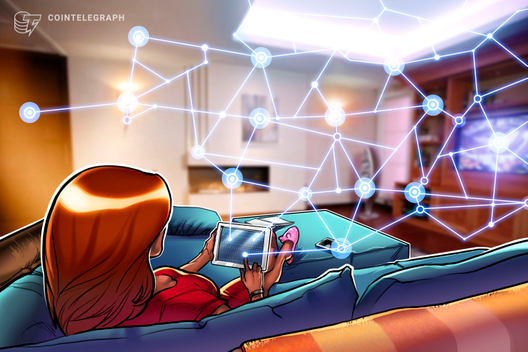 The electronics giant’s senior executives have come out in a show of support for censorship-resistance technology development.

Engineering and electronics manufacturer Bosch hinted it would take an active role in defending the openness of the Internet of Things (IoT) against censorship as part of a press release from May 15.

Bosch, which has various developments on the way in the sector, highlighted distributed ledger technology (DLT), including blockchain, as an essential part of the future of both IoT and the related Economy of Things.

“Distributed ledger technologies (DLT) such as blockchain may well become the key technology in these domains,” the press release reads.

While entities from governments to dedicated startups are tackling blockchain’s potential in IoT, Bosch went further in its publicity, conspicuously adopted an open stance on the ethics of the phenomenon.

The company, it appears, is concerned about the impact of censorship and retrograde reactions to new borderless technologies such as blockchain.

“To build trust in digital ecosystems, we need open platforms and an internet in which users have the power to decide for themselves,” CEO Dr. Volkmar Denner commented at this week’s Bosch ConnectedWorld (BCW) conference in Berlin.

Dr. Michael Bolle, a board of management member and CDO/CTO, was even more explicit.

“We cannot accept a situation in which the overwhelming reaction to digital innovations is mistrust and fear,” he said ahead of a gathering of industry group the Trust IoT Alliance at the inaugural meeting of the Digital Trust Forum on May 16. He added:

“For this reason, the aim of the Digital Trust Forum is to initiate open dialogue among experts to discuss the trust-related issues raised by the internet.”

The press release notes that Bosch is currently worth with energy supplier EnBW to integrate blockchain into the e-car recharging process, as well as with Siemens to develop a smart parking-management system with a blockchain basis.

As Cointelegraph reported, official research has already laid out the weak points in current blockchain-based IoT, with a report in April highlighting areas of manipulation. Nonetheless, consensus remains that the sector will only expand in the coming years.